In a letter to the anti-corruption ombudsman, Aam Aadmi Party's Punjab affairs co-in-charge Raghav Chadha urged it to take immediate cognisance and hold an investigation in the alleged massive scam". 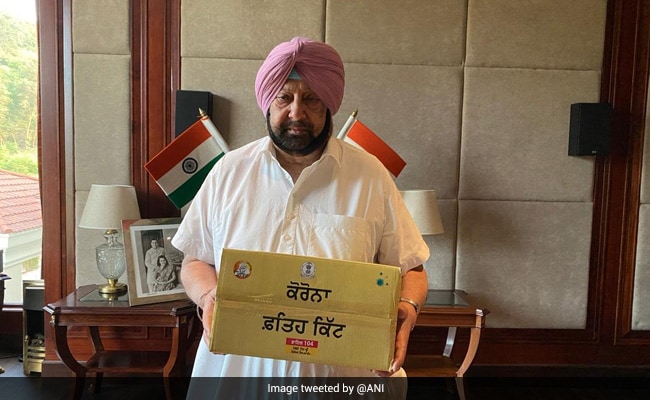 On Monday, opposition had alleged irregularities in the purchase of 'Fateh kits' by the state government.

Punjab's main opposition party AAP on Tuesday wrote to the state Lokpal, seeking a probe into alleged irregularities in the purchase of 'Fateh' kits for coronavirus patients by the Congress government.

In a letter to the anti-corruption ombudsman, Aam Aadmi Party's Punjab affairs co-in-charge Raghav Chadha urged it to take immediate cognisance and hold an investigation in the alleged "massive scam".

On Monday, opposition parties -- the SAD, the BJP and the AAP -- had alleged irregularities in the procurement of 'Fateh kits' by the state government.

A 'Fateh kit' contains a pulse oximeter, a thermometer, face masks, a steamer, sanitizer, Vitamin C and zinc tablets and some medicines for COVID-19 patients.

In the letter, Mr Chadha, who is an MLA from Rajinder Nagar in Delhi, accused the Amarinder Singh government of using the disaster as an opportunity by embezzling crore of rupees in the purchase of 'Fateh kits' used for the treatment of Covid patients.

Under this scam, the price of the medical kits which was supplied to the people during the pandemic was consistently raised in a well-thought-out manner by repeatedly inviting one tender after another despite the fact the first tender was valid for 180 days, he alleged.

Mr Chadha alleged that it had also come to light that a firm, which did not have a medical licence, was chosen to deliver the kits to the government.

The BJP has also levelled similar allegations on Tuesday and demanded the resignation of the Punjab chief minister and health minister.

The AAP claimed that the first tender was awarded at Rs 837 per kit, but after ordering only few thousand kits from the vendor at a higher price of Rs 940, a new tender was floated and allotted to another vendor.

Shockingly, the government procured 50,000 Fateh kits for Rs 1,226 per kit through the second tender. Another order of 1, 50,000 kits at Rs 1,338.40 per kit was placed to the same vendor, despite it being an expensive choice than the previous one, alleged Mr Chadha.

Opposition parties have also been attacking the Amarinder Singh-led government for allegedly diverting the COVID-19 vaccines to private hospitals.