The 47-year-old poet-turned-politician has been a rebel for over a year but he has stopped short of quitting. 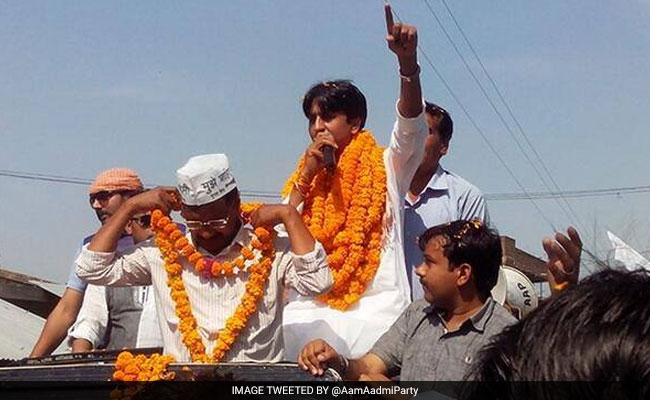 New Delhi: Kumar Vishwas has been shunted out of a key post by the Aam Aadmi Party (AAP), which he founded along with Arvind Kejriwal and other leaders in 2012. He will no longer be convenor of the party in Rajasthan, a post that he was given a year ago as part of a peace deal after his virtual rebellion against the leadership. Deepak Bajpai will replace him, AAP said today, announcing that it would contest the Rajasthan election "with full vigour".

"Deepak Bajpai has been given the charge so that he can stay in Rajasthan and strengthen the organization and prepare strategy for the polls later this year," said Ashutosh, the national spokesperson of AAP.

"Kumar Vishwas was not able to spare enough time for election preparations due to his preoccupations," he added.

A furious Kumar Vishwas sent out a statement declaring that he had learnt about his replacement through the media, that the party never informed him. Referring to AAP's statement that the decision was taken during a meeting of a top party panel, he said he was not invited even though he is a member.

"The fact that the meeting was held in such a manner clearly means that Kumar Vishwas was made the Rajasthan in-charge not to further AAP's political footprint but only as a way to shut down the criticism coming in following the Amanatullah controversy," said his statement.

The 47-year-old poet-turned-politician has been a rebel for over a year but he has stopped short of quitting despite his growing isolation and distance from colleagues. Neither has AAP taken any action against him, but it delivered an unmistakable message when Kumar Vishwas - known for his oratory - was not given a Rajya Sabha place earlier this year.

Sources say Kumar Vishwas, once a constant by the AAP chief's side and very close to him, is not in his trusted circle anymore.

Ties between the two started unravelling during the Punjab election last year, when Kumar Vishwas was not included in the campaign.

After the election Kumar Vishwas openly criticized the AAP leadership for the Punjab election defeat.

Kumar Vishwas nearly quit the party when he was branded a "BJP-RSS" agent by a lawmaker, Amanatullah Khan, who also accused him of planning a "coup". He relented when the party suspended Amanatullah Khan and also made him convenor of Rajasthan.

Promoted
Listen to the latest songs, only on JioSaavn.com
Sources say, however, that the doubt planted by the "coup" story stayed and led to increasing bitterness.

A separation is imminent but both sides are unwilling to make the first move, they say.