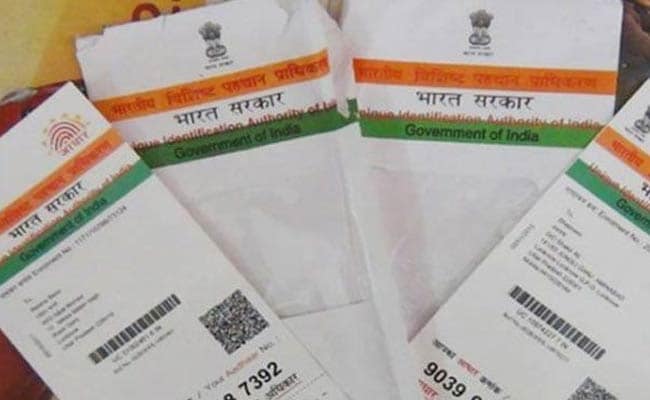 In 13 states and union territories, Aadhaar saturation has crossed 90 percent, while in 13 others, it is between 75-90 percent.

New Delhi: The Unique Identification Authority of India (UIDAI) has generated more than 100 crore (one billion) Aadhaar numbers in a span of five and a half years, Communications Minister Ravi Shankar Prasad said in Delhi on Monday.

"More than 100 crore residents in India are now registered under Aadhaar identity.. It is an instrument for good governance. Aadhaar is a mode to reach the poor and needy without the middlemen," he said at a press meet.

The first Aadhaar was issued in 2010 and now its coverage is now at 93 percent among adults, 67 in children in the 5-18 age group and 20 percent of those aged zero to 5. In 13 states and union territories, Aadhaar saturation has crossed 90 percent, while in 13 others, it is between 75-90 percent.

"Aadhaar crossing the 100-crore mark is indeed a momentous occasion. This along with the recently notified Aadhaar Act will give a boost to the government's initiative of bringing a systematic change in the way services, subsidies and benefits will be directly delivered to the deserving masses.

"Every day, more than 5-7 lakhs people get enrolled for Aadhaar. It is now the largest online digital identity platform in the world," said Mr Prasad.

Stressing privacy has been given outmost importance while enrolling for Aadhaar, he said: "Aadhaar data is very secured. Privacy is protected in a reasonable, fair and objective manner."

So far 25.48 crore bank accounts, over 71 percent cooking gas connections and over 45 percent ration cards are linked with the identification programme.

The UIDAI authenticates over 40 lakh transactions per day.