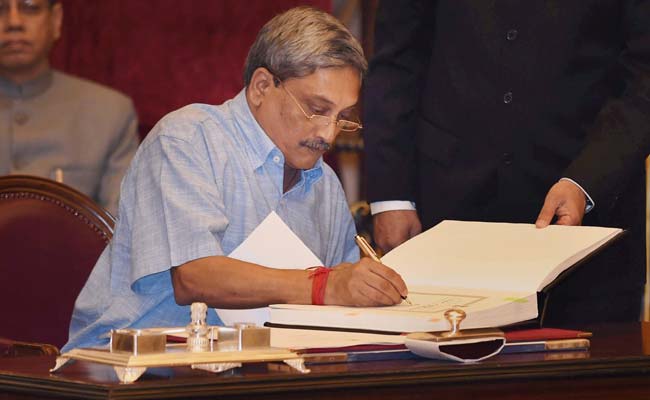 The 58-year-old metallurgy graduate from IIT, Bombay, has to fix a woefully outdated weapons system and will have to weed out corruption that regularly plagues defence contracts in the country.

India's servicemen face shortages of everything from ammunition to fighter jets and submarines as the country seeks to close the gap with assertive neighbour China, which is arming itself quickly.

The Indian Air Force needs at least 39 squadrons of fighter planes but has only 32, and its chief said recently that the country can't afford any more hold ups of a $22 billion fighter jet deal with French company Dassault Aviation for the supply of 126 Rafale fighters.

The Indian Army needs artillery guns. Desperately. India has not bought artillery guns since 1987. Also, two newly raised Mountain Strike Corps - designed to thwart Chinese advances into India through the Himalayas - need light artillery guns that can be easily moved around in the mountains. Just modernising the artillery will cost an estimated Rs 30,000 crore.

Last year, India could afford to spend only about Rs 86000 crore as capital expenditure. Mr Parrikar, therefore, has to not just prioritise demands, but also convince the Union Cabinet to loosen its purse strings.

The biggest challenge that he faces is fulfilling Prime Minister Narendra Modi's "make in India" dream.

In the last few months, the Defence Ministry has turned down almost all proposals to buy equipment from foreign manufacturers.

New Delhi wants the Indian private sector to acquire technology from foreign companies and set up joint ventures or JVs in India. Foreign manufacturers have also been allowed to own as much as 49 per cent in such JVs.

Former Chairman of Integrated Defence Staff, Admiral Shekhar Sinha says to make it economically viable for foreign weapons manufacturers to invest in India, the country will have to allow them to export from India.

Promoted
Listen to the latest songs, only on JioSaavn.com
Also, he says, a limit on how much they can invest in the JVs may not be conducive for transfer of critical technology to Indian companies.

Both will require changes in the law.