Assam Police top officials also indicated that they are expanding the investigation since the cops did not have any lead on these three men or their family members. 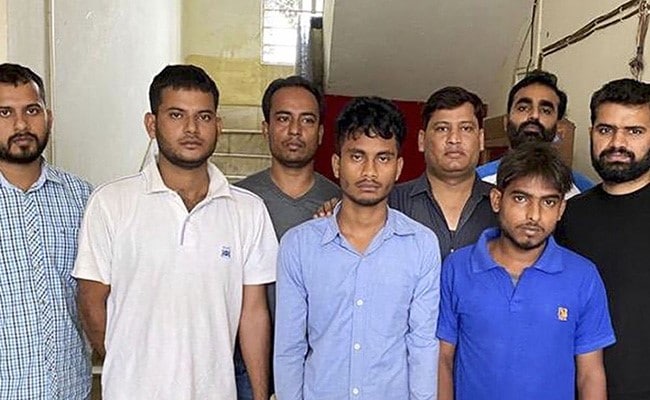 Social media activity of the three men helped the police gain leads on them.

A day after three young men from Assam's Goalpara district were arrested in a joint operation by the Delhi and Assam Police, unearthing what the Delhi Police claimed as an ISIS-inspired terror module who were self-radicalised, Assam Police sources today revealed that the suspects were zeroed in through their "digital footprints". Assam Police top officials also indicated that they are expanding the investigation since the cops did not have any lead on these three men or their family members.

"We have got them for 12 days police remand. We are interrogating them. This was a lead that Delhi police got and we carried out the joint operation thus we now need to look at all angle , find out more links in this modules and expand our investigation "Assam's ADGP(Law and Order) Mukesh Agrawal told NDTV.

On Monday, Deputy Commissioner of Police (Delhi Police Special Cell) Pramod Singh Kushwah said that the three - identified as Mukadir Islam (22), Ranjeet Ali (24), and Jameel Luit (24) - were arrested after a joint operation with the Assam Police.

The accused were carrying a complete Improvised Explosive Device or IED to target the Raas-Mela, a local fair in Assam's Goalpara that witnesses heavy footfall, police said. "A team acted swiftly and arrested the accused before they could place plant the IED," a statement issued by Deputy Commissioner of Police (Delhi Police Special Cell) Pramod Singh Kushwah read. The Assam strike was meant to be a "test run" for the Delhi attack, it added.

Police said incriminating material was recovered from two hideouts of the module on the basis of information gained through their questioning. "A complete IED similar to the one used in the Ujjain train blast; two baton swords supposed to be used for executing lone-wolf attacks; four mobile phones containing valuable information on ISIS; about 1 kg of explosives; and raw materials for IED bombs such as pipes, nails and ball bearings were recovered," Mr Kushwah added.

Today, a senior official of Assam Police's Special Branch indicated that Assam Police was shared with 'minimal' information about the 'leads' , the operation was carried out at Madhuban Lodge in Goalpara.

"Only investigations will tell whether they were able to train themselves enough by watching YouTube videos of the Bangladeshi modules of ISIS, but whether ever we have gathered that they were definitely self-radicalised but only recently. Their digital footprints on social media platforms like Facebook, WhatsApp, Telegram, Signal etc helped the Delhi police pick the lead. We are now also trying to find out if they had handlers as well who were leading them through social media," added the top intelligence official of Assam police.