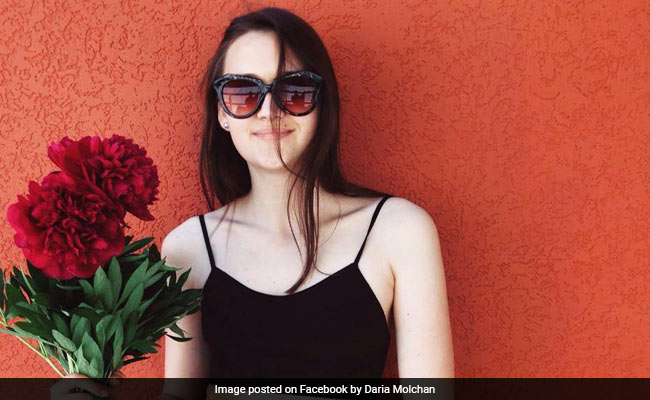 Ukranian model Daria Molcha was in the Gorakhpur jail for about 66 days.

Her bail application was rejected by the district court on April 12. After that, another application was filed in the high court which granted her bail about a week ago. Her release order was issued yesterday.

"Daria Molcha, who was jailed under various sections of the Indian Penal Code (IPC) and the Foreigners Act, was released around 1 pm," jail superintendent Ramdhani told news agency Press Trust of India.

Ms Molcha has been sent to the Ukrainian embassy in Delhi, Gorakhpur's Senior Superintendent of Police Shalabh Mathur said.

Two men from Kolkata -- Chandari Rawat and Adarsh - came on a chartered plane and went to the Chief Judicial Magistrate court for her release.

The Special Task Force (STF) had got information about some foreign nationals entering India through Nepal. Ms Molchan was arrested during a raid at the Park Residency hotel.

According to the PTI, she told the STF that she had been visiting India for the last two years and she last visited Delhi in December 2017 when she was told by the officials at the airport that she was blacklisted and was deported.

She also told them about her "friend" Imshan, who advised her to go to Nepal from where he brought her to India driving through the villages along the border, the STF release had said.

Promoted
Listen to the latest songs, only on JioSaavn.com
A fake driving licence with Ms Molchan's photograph, two passports, two mobile phones, a tablet, an iPad and currency of the USA, Ukraine and India were seized from her possession.