Coronavirus Odisha: The two patients - Satchidananda Mohanty and Dhirendranath Das - both aged 91, were admitted to dedicated COVID-19 hospitals in Cuttack and Bhubaneswar respectively. 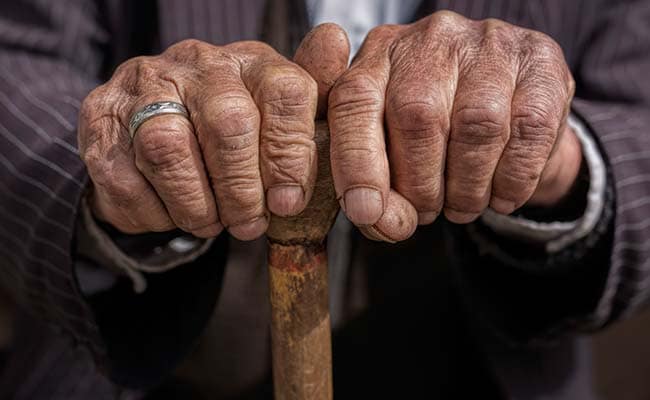 Two COVID-19 patients above the age of 90 have been cured of the highly infectious disease in Odisha, bringing cheers to the medical fraternity in the state.

The two patients - Satchidananda Mohanty and Dhirendranath Das - both aged 91, were admitted to dedicated COVID-19 hospitals in Cuttack and Bhubaneswar respectively.

Both the men were admitted to the hospitals on September 5 after being diagnosed with the disease. They were discharged on Sunday night.

Mr Mohanty, an eminent advocate in Kendrapara town, was also suffering from hypothyroid and neurological ailments. He was immediately shifted to the ICU after his admission to the hospital.

"We were worried about his condition as his oxygen level had dropped a day after his admission. However, his condition improved gradually after we put him under oxygen support," a doctor who treated Mr Mohanty said.

He also thanked Kendrapara District Magistrate-cum- Collector Samarth Verma and health personnel for their dedicated service to the patients.

"Doctors and other health personnel at the hospital were like my family members," Mr Mohanty said.

His 60-year-old son Debdas, a type-II diabetes patient, also recovered from COVID-19 after being treated at the same hospital.

The other nonagenarian patient, Dhirendranath Das, a former senior official with the Press Information Bureau and the All India Radio, was also shifted to the ICU.

Mr Das had developed a breathing problem after contracting the disease.

PPE-clad nurses had fed the patient as he was unable to eat by himself.

"While my father was being taken to the hospital, he had told us he would defeat coronavirus. It became a reality because of the relentless efforts of the doctors and the nurses," Mr Das's daughter Debadatta said.