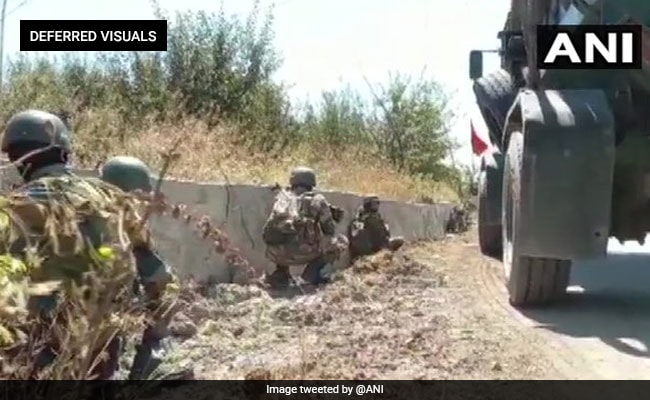 J&K Baramulla Encounter: Terrorists fired at the forces as they were conducting searches

One terrorist was killed and two others are believed to be trapped in an encounter which is currently under way Jammu and Kashmir's Baramulla district today, the police said.

The encounter broke out in the Check-i-Saloosa area of Kreeri in north Kashmir's Baramulla district, the Central Reserve Police Force CRPF said.

Security forces launched a cordon and search operation after receiving specific and credible information about the presence of terrorists in the area, a police official said.

Terrorists fired at the forces as they were conducting searches in the area. Security forces retaliated, resulting in an encounter in which one terrorist was killed. His identity and group affiliation is being ascertained, the police official said.

"An encounter started between joint troops of 176 Bn CRPF, SOG Kreeri, 52RR and terrorists during cordon and search operations (CASO) at 1145 hours. 1 terrorist neutralised, 2 more terrorists are believed to be trapped. Firing continues," the CRPF said.

Police, Army and CRPF are part of the operation, the police said.