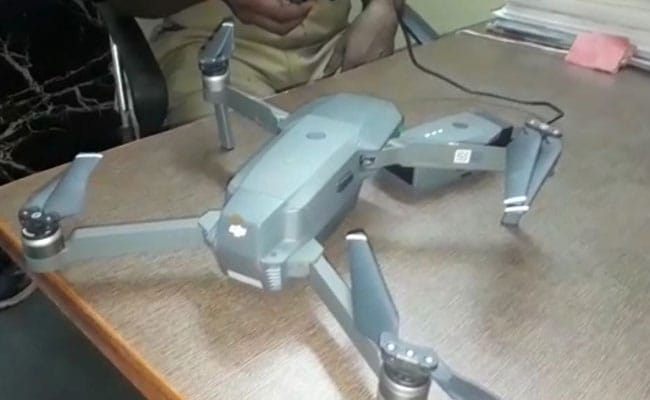 The police in Hyderabad seized the drone

The police in Hyderabad have filed a case against a woman for flying a drone or an unmanned aircraft near the Charminar on Thursday.

Reports suggest passersby alerted the police after they noticed the 26-year-old women flying a drone late at night. The police reached the spot and seized the drone with the camera and a remote control.

"Yesterday in the late night, a woman identified as Suparna Nath, was flying a drone camera at historic Charminar monument. A case has been registered against her for disobeying public order," said the officer at Charminar police station.

Earlier, the Hyderabad police had banned the use of drones for a month in April, after receiving inputs from the intelligence agencies about the possibility of terror attacks.

As per a notification issued by Commissioner of Police and Executive Magistrate of Hyderabad City, government agencies and organisations will need to get appropriate clearance from the local police and aviation authorities before launching any Unmanned Aerial Vehicle (UAV) or Unmanned Aerial Survey (UAS) for any purpose.

The government on June 22 had announced the formation of three committees to help a panel set up in April, to prepare a road map for regulating and implementing drone technology in the country.

The committees would make their recommendations on manufacturing and licensing of drones, airspace and air traffic management and laws related to the issue, the Civil Aviation Ministry had said.

The decision was taken during the first meeting of the drone task force chaired by the junior minister for Civil Aviation Jayant Sinha.

(With ANI and PTI inputs)