Hyderabad Police have formed three special teams to track down the the baby and the woman. 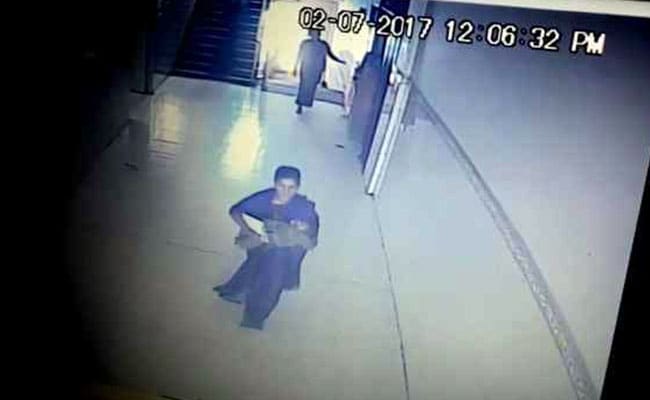 A woman is seen walking away with a newborn baby at a government hospital in Hyderabad.

A six-day-old baby girl went missing from a government hospital in Hyderabad on Sunday. Visuals of the newborn being taken out of the hospital by a woman has been captured on CCTV cameras. The same woman has been caught in another clip, carrying the baby and boarding a bus to Bidar district in Karnataka. There have been similar incidents of babies being stolen from the same government hospital in the past.

The parents had taken her to the Govenrment Maternity Hospital in Hyderabad's Koti on Sunday for a round of vaccination. The mother had given birth to her in the same hospital four days earlier and had returned to their village in Ranga Reddy district.

Hours passed by as the family waited for their turn. The newborn's father then stepped out to get copies of the parents' Aadhaar cards.

That is when the mother, Vijaya, who was tired of waiting, was approached by a woman. She offered to take the baby and her medical records, saying she would get her vaccinated.

The mother trusted the woman assuming she works at the hospital and handed the baby over to her. Alarm bells rang when the woman did not return with the baby even after a few hours. The parents panicked and approached the police.

"The security staff check the papers when a baby is taken out but in this case the woman had all relevant papers, so there was no reason for them to suspect or stop the woman," police inspector Shiv Shankar Rao said.

Hyderabad Police have formed three special teams to track down the the baby and her abductor. The police in Karnataka's Bidar have also been informed and a team of Hyderabad Police has left for Karnataka. Police is investigating whether there is any child trafficking activity in Bidar, a backward tribal belt.

The six-day-old baby was stolen despite heightened security at the hospital.