In January this year, India-Israel relations got a fillip with Israel Prime Minister Benjamin Netanyahu's visit to India. 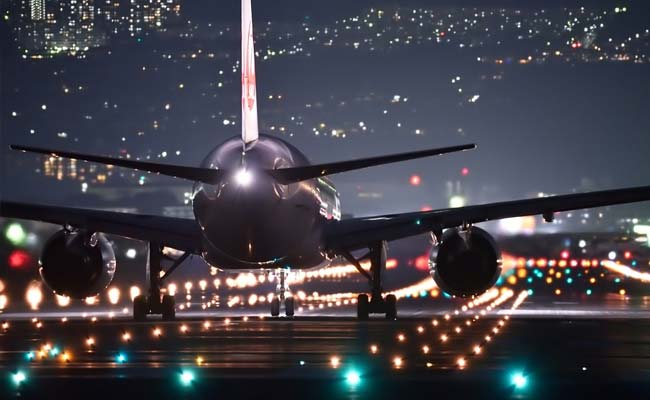 The flight connectivity will commemorate 25 years of India-Israel relationship. (File)

There will soon be direct flight connectivity between Israel's Tel Aviv and India's tourist hub Goa as a step to forge stronger ties between both nations, which completed 25 years of diplomatic relations in 2017.

Mr Ya'akov Finkelstein, Israel's Consul General in Mumbai, made the announcement at the opening ceremony of the 49th International Film Festival of India (IFFI), where Israel is the country of focus.

"Shalom and Namaskar. It's a great honour and pleasure that Israel is the country of focus at IFFI. Israelis love India, specifically Israelis love Goa. That is why Israel Airlines (El Al) will be opening a direct flight from Tel Aviv to Panjim (Goa) very soon so that all the Israelis can come straight to the lovely beaches of Goa and enjoy them," Mr Finkelstein said.

He hoped the tourist flow happened both ways.

"We hope and encourage that these planes will come back to Tel Aviv full with Indian tourists to see our scenes."

In January this year, India-Israel relations got a fillip with Israel Prime Minister Benjamin Netanyahu's visit to India. Multiple agreements were signed to boost cooperation.

'Shalom Bollywood' was hosted to take a look at possibilities of collaborations and to invite Indian cinema makers to shoot in the picturesque country.

Mr Finkelstein said: "We love India, we love Goa, we love Indian cinema, which is why when our PM Netanyahu visited Mumbai in January, we made a special event 'Shalom Bollywood' where all top stars, producers and members of Bollywood joined Netanyahu for a lovely evening.

"We invited them to make cinema in Israel. Karan Johar's Dharma Productions shot a part of their film 'Drive' on the beaches of Tel Aviv. We hope this will give a drive to other Indian cinema makers to come and shoot in our lovely country."

He lauded the Ministry of Information and Broadcasting's effort in curating a package of 10 Israeli movies for its 'Country in Focus' segment and for inviting a special delegation, including veteran filmmaker Dan Wolman who was awarded the Lifetime Achievement Award at IFFI on Tuesday.

"We have some lovely films and it's a great way to be exposed to our culture," Mr Finkelstein said of the line-up, which will open with "The Other Story" today.

Other known films are Academy Award candidates "Footnote" and "Waltz with Bashir" and internationally acclaimed "The Bubble".

Newer films that will be screened are "Unorthodox", "Red Cow", "Working Woman", "Longing", "Redemption" and "Shalom Bollywood: The Untold Story of Indian Cinema".