Are Imported Dals or Pulses Toxic? Here's What FSSAI Has To Say

In the past few days, there have been concerns about imported dals containing higher levels of the herbicide glyphosate. Here's what FSSAI has to say. 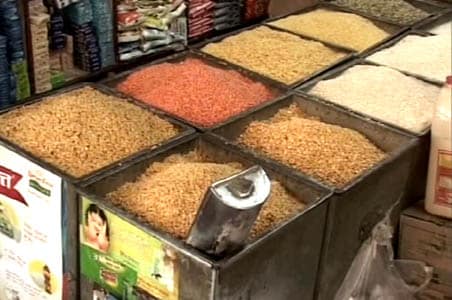 India is a country that loves its dals and a significant portion of what we consume is imported. In February this year, government figures said that India imported 50.8 lakh tonnes of pulses for Rs 17,280 crore during the April to December period of the fiscal year. However, in the past few days, there are have been several reports in the media, which warned people against eating 'toxic' imported dals, especially moong and masoor dals. The reports were prompted by an order issued by the Food Safety and Standards Authority of India, which instructed its import division to test imported dals for presence of the herbicide glyphosate. The order came after the FSSAI noted that India currently doesn't have any food safety regulations related to levels of glyphosate in pulses imported from some countries. Glyphosate is an active ingredient found in a particular brand of herbicide or weed killer, which is used in some countries from where India imports pulses.

There have been claims in the recent times that glyphosate might be carcinogenic, which means that it may be connected to certain kinds of cancer. In order to address these concerns of alleged toxicity of dals, FSSAI released a circular dated October 12, 2018 which says, "There is a possibility of higher levels of residues of herbicide "glyphosate" in pulses, thereby adversely affecting the health of the consumers." However, FSSAI insists that there is no concern of any kind. NDTV Food reached out to the CEO of FSSAI, Mr. Pawan Agarwal, who said, "We have residue levels for pesticides, which we keep on notifying. Glyphosate is a pesticide that is permitted for use in India. The residue levels are decided according to crops. Even in India we have it for other commodities, but for pulses it was not there."

He said that in the absence of defined thresholds for residue levels, the body has accepted levels for pulses as they are internationally accepted, for the purposes of testing the dal samples. The FSSAI has said that samples of imported pulses should be sent to authorised labs for testing for presence of residues of the herbicide and a fortnightly report be sent to the organisation's headquarters in Delhi. Mr. Agarwal said that earlier imports of pulses were not being tested for residues of this particular herbicide and that until the body sets their own standards for the same, the ones defined by Codex will be used.

FSSAI's order from October 12, 2018 has stated the Minimum Residue Limit (MRL) for glyphosate in various different kinds of pulses like beans, lentils, peas and soya bean, which are at par the internationally accepted MRLs. The samples of all these imported pulses will be tested as per the MRL's specified in this particular order. These limits are in line with those specified by Codex and the order says that FSSAI may revise the MRL at a later date. Herbicides and pesticides are used for a number of crops and sometimes indiscriminately, raising concerns about the negative health impacts of the chemicals on the consumers.