Alanna Panday loves to share pictures from her travel diaries 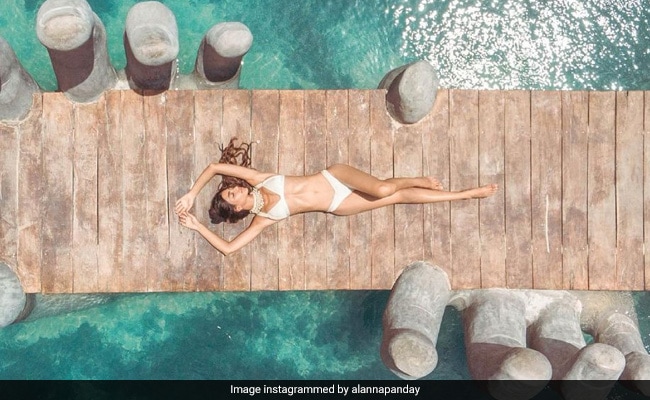 Model Alanna Panday is having the time of her life with her boyfriend Ivor. On Sunday, she posted a stunning shot from Tulum Beach, on her Instagram profile. In the picture, she can be seen dressed in an ivory bikini as she enjoys the perfect view. No caption needed. Alanna tagged her boyfriend Ivor McCray in the post. Alanna's mom and fitness expert Deanne Panday dropped a couple of comments on the post, asking if the picture was shot using a drone. However, she later deleted her comment. It wouldn't be wrong to say that Alanna's picture is burning up Instagram.

Alanna's boyfriend Ivor McCray frequently features on her Instagram profile. Last month, she shared a video from their date in Maldives. ICYMI, take a look here:

Alanna Panday, who lives in Los Angeles, moved in with Ivor McCray last year. She featured in headlines after she revealed she's regularly slut-shamed and body shamed on Instagram. "I wish I had spoken about it sooner, but waking up and reading things like this just became normal to me - it's an everyday part of my life," she said. Meanwhile, here are some pictures from her vacation: