This Bigg Boss Star's Epic Transformation Into An Old Man Will Leave You Speechless. It's A She

Sharing a behind-the-scenes video from the sets of Cartel, she wrote that her journey on the web show started on her birthday in 2019 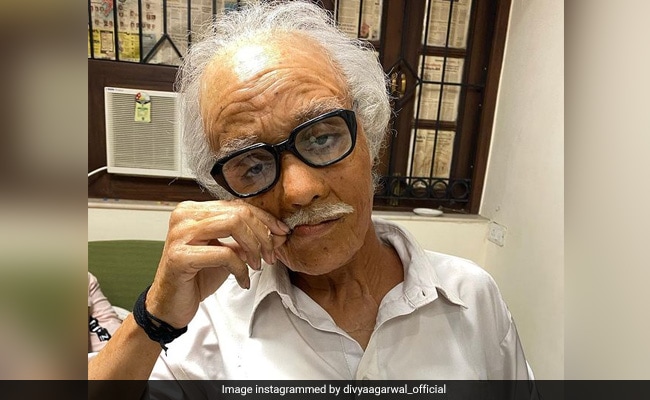 Bigg Boss OTT winner Divya Agarwal sent the Internet into a tizzy as she shared a glimpse of one of the many looks she sports on the web show Cartel. The persona in the photo appears to be of an old man but that's actually Divya Agarwal with make-up and prosthetics. "My mood after watching Cartel! Didn't get the chance to congratulate the entire team of ALT Balaji on the success of cartel. The entire show looks amazing," wrote the actress. Divya Agarwal also added a note of gratitude for TV czarina Ekta Kapoor, who roped her in for the web show Cartel.

"Ekta Kapoor ma'am, thank you for believing in me. This role defines my passion and love for cinema, you were the first one to notice it. Sitting for hours on that make-up chair, I only prepared myself to be better version of me. Thank you god for always blessing me!" wrote Divya Agarwal.

Sharing a behind-the-scenes video from the sets of Cartel, Divya Agarwal wrote that her journey on the web show started on her birthday in 2019. "This is how I spent my birthday on 4th December 2019, friends and family were waiting for me at home for celebrations and I was just so proud to start cartel on that day! This was the cast for my prosthetic makeup, took nearly 2 hours with all my senses blocked except for my nose! I was calm, composed and yet my heart was jumping!"

Streamed on OTT platform ALT Balaji, Cartel is an intriguing show, which focuses on the five crime lords locked in territorial battles in Mumbai. The cast of Cartel also includes names such as Supriya Pathak, Rithvik Dhanjani and Jitendra Joshi.