Panipat Movie Review: The burden on Arjun Kapoor is too heavy for him though he rises manfully to the challenge. 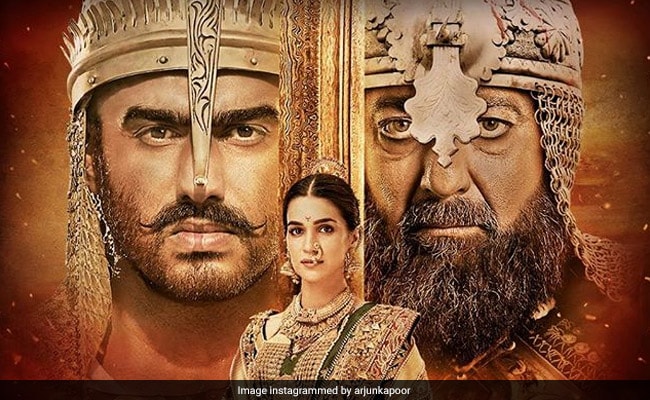 A period film about a 18th century Maratha warrior who took on the might of the army of a fierce invader from Afghanistan in an abortive bid to protect his land and people, Panipat - The Great Betrayal is its own worst enemy. Beginning with the tagline and the casting and extending all the way to many of the other artistic choices the director has made, Ashutosh Gowariker's earnest yet erratic recreation of history is crammed with ill-advised incisions that militate against the very purpose of the drama.

Falsification isn't the film's worst aberration. Bollywood fans have learnt to live with filmmakers taking liberties with history in the interest of an engaging story aimed at propping up one ideology or the other. But Panipat is anything but engaging. The lumbering nature of the film, aggravated by its three-hour run-time, prevents any sort of emotional connect being formed and sustained between what unfolds on the screen and the audience. It does not help that the burden on lead actor Arjun Kapoor - he dons the guise of Sadashivrao Bhau, who marches fearlessly into the third Battle of Panipat in order to stop Afghan king Ahmad Shah Abdali's campaign to reclaim lost territory in northern India - is way too heavy for him.

To be fair, Kapoor responds manfully to the challenge. However, the onerous effort that he needs to put in to make the character work slows down the film and undermines its impact. It is only when Sanjay Dutt surfaces late in the first half as the larger-than-life Abdali that Panipat perks up a tad only to quickly veer back into terrible tedium. The climactic battle scenes, mounted with some flair, go on endlessly with the sole aim of establishing how intrepid Sadashivrao was. All the ammunition at the film's disposal is expended on telling us how glorious the man was even in defeat.

Especially weak is the romantic track that sees Sadashivrao and a commoner, medicine woman Parvati (Kriti Sanon), woo each other in the face of the machinations of Gopika Bai (Padmini Kolhapure), wife of Nanasaheb Peshwa (Mohnish Bahl). One stolen moment of fervour leads to an altercation between the lovers and Parvati Bai stomps off the scene without so much as a by-your-leave. In the manner of a true Bollywood hero, Sadashivrao goes out of his way (it entails shedding some blood, his own) to mollify her. The two eventually marry.

Their verbal exchanges are randomly and awkwardly peppered with Marathi. "Tumhala maahit aahe... jab main gyarah saal ki thi (You know when I was eleven years old...)", is how one of Parvati Bai's sweet nothings begin. Just doesn't add up. 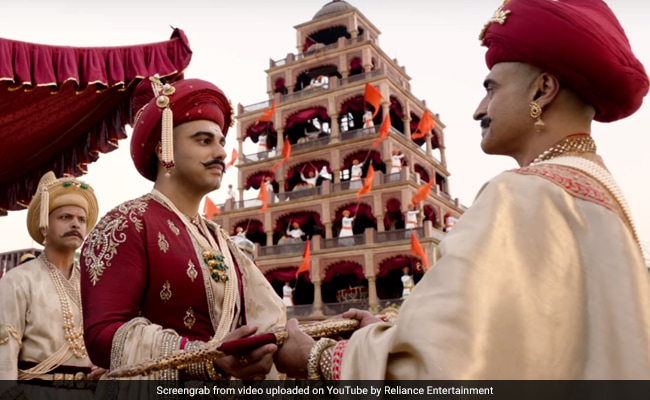 Panipat Movie Review: A still from the film

It is also never quite clear what the "great betrayal" in the title refers to. The Mughals are a part of the story and it is suggested, without any shred of evidence, that Abdali invaded northern India at the behest of the Mughals who - the screenplay has no difficulty in establishing this - were in disarray at that point. Late in the film, as war rages, one key ally of the Marathas withdraws his support and leaves the battlefield with his men. This is 'betrayal' all right, but it is anything but 'great'.

The central theme of Panipat revolves around Sadashivrao's strategy to unite the Hindu kingdoms of the 1750s and put up a united resistance, but all the talk about these groups coming together to fight for the country rings hollow because the notion of a nation-state was yet to come into play. Conflating Maratha with Indian, Sadashivrao pitches for "ek rashtra" and tells his troops: "Tum desh ke liye lad rahe ho... akramankaari ko rokhne ke liye (You are fighting for your nation... to stop an attacker)." Coming from the mouth of a warrior driven by expansionist zeal to overrun weaker kingdoms, that declamation sounds a bit rich. 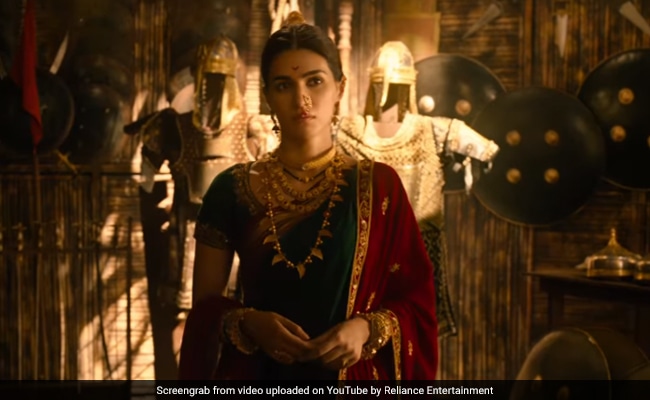 Panipat Movie Review: Kriti Sanon in a still from the film

There is intrigue in the Peshwa's palace, but none can match the perfidious acts committed by the smaller rulers that Sadashivrao magnanimously, altruistically and indefatigably mobilises. One king insists that the Agra Fort be promised to him in return for his allegiance. But Sadashivrao will have none of it. He puts his foot down and loses another ally. The idea is to drive home the unwavering nature of the Maratha commitment to the cause of driving out Abdali.

Sadashivrao is the spotless one. He is unimpeachable, and so is his brave wife who accompanies him when he leads his men into battle. Only a handful of the others around the hero measure up. The Nawab of Awadh Shuja-ud-daula (Kunal Kapoor) switches sides without batting an eyelid. He is easily swayed.

Of course, there is nobody worse than Abdali, whose introduction is via a scene of a feast in which all manner of meat is on display. But here, Gowariker, demonstrating a certain degree of restraint, does not go the Sanjay Leela Bhansali way and project the Muslim ruler as a carnivorous barbarian given to unbridled excess and brutality. His bursts of rage, however, do have bloody consequences. 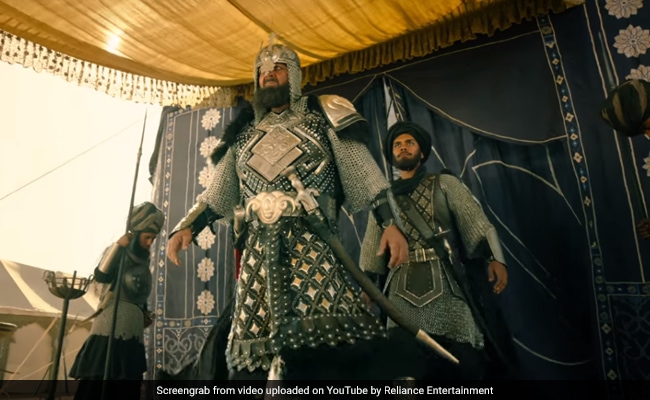 Panipat Movie Review: Sanjay Dutt in a still from the film

Mercifully, the Hindu-Muslim binary isn't as pronounced in Panipat as it usually tends to be in Bollywood pop history films. At the outset, Sadashivrao helps the Peshwa conquer the kingdom of the Nizam of Hyderabad. But the noble warrior isn't blinded by hate. He enlists the Nizam's artillery expert Ibrahim Khan Gardi (Nawab Shah) in his own army against the counsel of his associates. When the battle of Panipat erupts, Ibrahim is at the forefront of the Maratha army leading a full column of men.

The counterpoint to this 'good' Muslim is presented by Najib-ud-Dawlah (Mantra in an extended role that allows him to explore conflicting impulses), who deserts the Mughals and becomes Abdali's right hand man in India without ever managing to earn the Afghan king's full trust. He is one of a handful of personages who emerges out of the crowd - the Panipat story-line is overpopulated and new characters keep popping up out of nowhere until the bitter end, leaving the audience guessing. 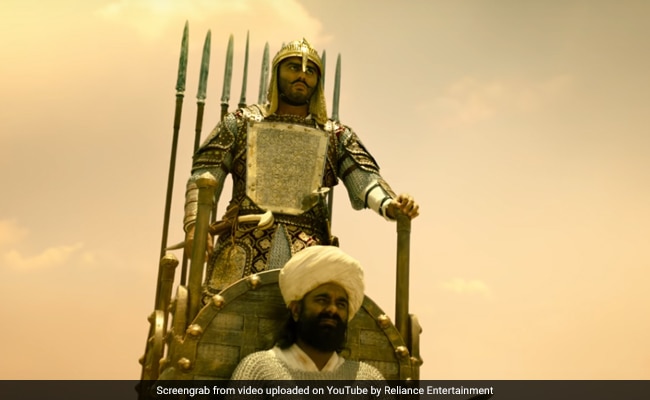 Panipat Movie Review: Arjun Kapoor in a still from the film

The film's voice over narration, presented in the form of the recollections of the male protagonist's wife, is comatose. You have got to wait until the very end of the war and the film - both are excruciatingly long - to figure out the reason why this chronicle is this flaccid. Panipat definitely isn't Mohenjo Daro. But is that saying much? It will take three hours of your life and a whole lot of patience to sit through this laboured film. Think twice.