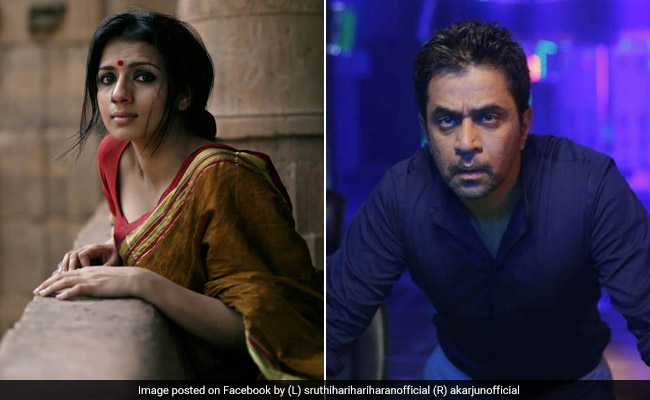 The Karnataka Film Chamber of Commerce or KFCC - and allied organisations - held a meeting on Thursday in the wake of the #MeToo Movement to discuss allegations made against senior actor, Arjun Sarja. After the two hour meeting, which was inconclusive, Ambareesh, who leads KFCC, said, "We have given them both an option. As the issue is sub judice we have left it to them to give us their final decision." Actor Arjun Sarja said, "There is no compromise. 100 per cent. I am going to the court because everybody, even the king, is under the law."

Shruthi, who named Arjun Sarja in her #MeToo story she shared on Facebook, said, "I am glad he wants to fight it in court. But I respect the Karnataka Film Chamber and I will wait till tomorrow morning. Why should I apologise when I have done no wrong?"

Sruthi Hariharan had alleged that Arjun Sarja had behaved inappropriately with her during the filming of a song some years ago. Arjun Sarja has denied the allegation..

The matter is far from over as the Kannada film industry still stands divided on it. Both actors have received support and criticism from the industry and online.