James Cameron's Avatar: The Way of Water Gets A Release Date. Details Here

The announcement was made at CinemaCon 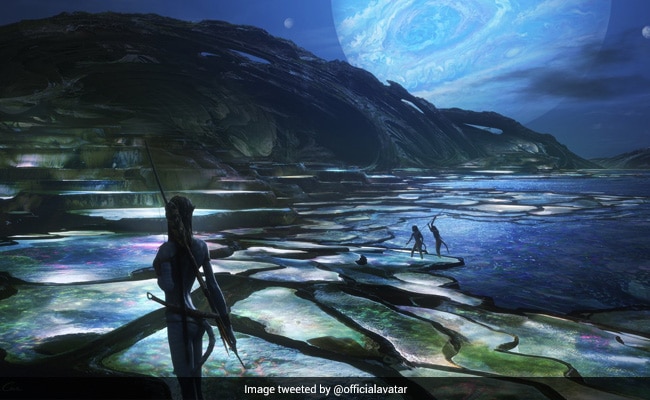 And, we have the best news on the Internet today. It's about James Cameron's much-awaited project. Oh yes, we are talking about Avatar. Finally, details related to the sequel have arrived. First, we will start with the title - Avatar: The Way of Water. Release date? The film will hit the theatres on December 16. The announcement was made at CinemaCon. The makers have dropped a poster revealing the film's title on Instagram and wrote, “Just announced at CinemaCon, Avatar: The Way of Water only in theatres December 16, 2022.”

As per Variety, attendees at CinemaCon were also shown the first look at the teaser trailer. Everyone, with 3D glasses on, head praised James Cameron's masterpiece. The trailer, which will once take you to the amazing world of Pandora, will be officially released in theatres ahead ofMCU's highly anticipated film Doctor Strange in the Multiverse of Madness. The film will release on May 6.

At the time of unveiling the teaser, producer Jon Landau said, “We need to make sure [audiences] have an experience they can't get anywhere else, and that needs to be exclusively in theatres.”

In September last year, the first look pictures of Avatar: The Way Of Water were shared on Twitter.

As per the official synopsis of Avatar: The Way of Water,  “Jake Sully lives with his newfound family formed on the planet of Pandora. Once a familiar threat returns to finish what was previously started, Jake must work with Neytiri and the army of the Na'vi race to protect their planet.”