Grammys 2020: The award ceremony opened with a tribute to the late basketball legend Kobe Bryant 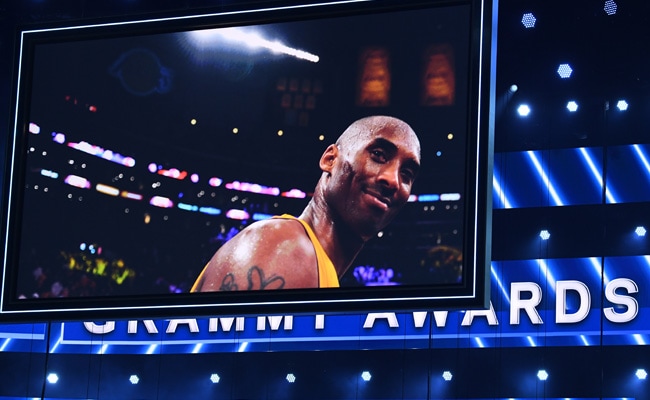 Kobe Bryant was given a musical tribute at the Grammys. (Image courtesy: AFP)

Top nominee Lizzo kicked off the 2020 Grammys on Monday with a tribute to the late basketball legend Kobe Bryant, before launching into a rousing medley of her hits. "Tonight is for Kobe," shouted the 31-year-old, who has already won two awards in the pre-gala event that led into music's marquee night.

Kobe Bryant - a hero for Los Angeles who played for the Lakers in the Staples Center, where the Grammys are being held - died in a helicopter crash earlier in the day, along with eight others, including his 13-year-old daughter.

After a glittering performance of Truth Hurts and Cuz I Love You, which featured ballerinas, orchestras and the artist's signature flute skills - Lizzo passed the torch to Grammy host Alicia Keys who offered another moving tribute to Bryant.

"And we're literally standing here heartbroken in the house that Kobe Bryant built," said Alicia Keys, before launching into a soulful rendition of It's So Hard to Say Goodbye with the group Boyz II Men.