Bhavesh Joshi Superhero Movie Review: The vigilante film is well meaning and has good actors, but it is ultimately a boring effort. 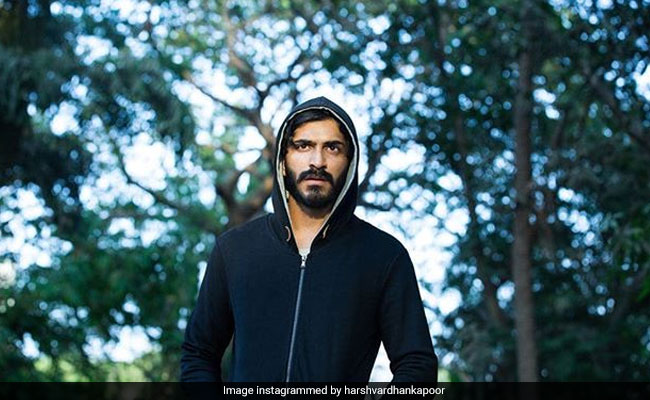 How far should a vigilante go? That is the question separating all the masked do-gooders in the movies. Some will kill, some will frighten, some will give the city's policemen a giant flashlight with which to page them. Are they pointing out crime, preventing crime or are they judge-jury-executioner? There is much to debate, but I believe we can all agree that the one thing a vigilante should not be is dull.

Vikramaditya Motwane's Bhavesh Joshi Superhero starts with great potential. A graphic novelist tells two friends about his idea for an Indian vigilante, and those two, armed with cameras and good intent, start stopping and shooting people breaking the law. ( Imagine Cyrus Broacha using MTV Bakra to play watchdog.) From incompetent Internet Service Providers to people peeing on walls to children bunking school, the Insaaf squad is out to stop people, wearing brown paper bags on their heads as if they were fans of Shia LaBeouf.

They are also fans of the DC Universe. A girl one of the two boys, Sikandar, is trying to impress at a bar, hears his vigilante stories and asks if he's like Spiderman. "No, that's Marvel. We're like DC. Edgier, darker, cooler," insists Sikandar, played by Harshvardhan Kapoor. Ah, so these guys like the films of Zack Snyder, while the film's villains - the water-mafia in collusion with the cops and politicians - hide under a big hoarding that says Gulzar, and frequent a dance bar that only plays Omkara songs. Hmmm. Aesthetically speaking, this film might be playing out from the wrong angle. (The hero's mask looks like a disgruntled emoji.)

Motwane speaks the language of the real. His films Udaan and Trapped were strikingly grounded, and even in the fairytale Lootera, the emotions he evoked were real, born out of flesh and blood and heartache. A superhero movie, by definition, stretches credulity, demanding a suspension of disbelief. Motwane is smashing when he sets things up, showing us the easy camaraderie of the samaritan heroes, and the inevitability with which things gradually escalate. It's once things start appearing obvious and contrived that Motwane's film falls apart.

The movie telegraphs the inciting incident and makes us wait for it till interval. Sikandar's partner, Bhavesh Joshi, is played by Priyanshu Painyuli as a hothead, an impulsive and impassioned youth takes this vigilante stuff seriously even as Sikandar, jaded after a while, becomes a coder. It is soon obvious that Bhavesh - who is not played by Anil Kapoor's son and who has not appeared on the movie's hoardings - is not likely to stay the film's lead, so something will happen (ahem), forcing Sikandar to pick up the mask and go it solo.

The film takes forever to get there, and while focussing on realism and grit is great, there is no real build-up of the protagonist's character. We are told of a police/politician/water-mafia nexus, but are given only stock villains, who first underplay their roles but later go mad on a dance-floor and even, suddenly, quote Greek mythology. This film doesn't know what it wants to be, and may well have been put together by committee.

The truth is that Bhavesh Joshi Superhero, despite shining in a few sequences, feels like an insipid mash-up of Matthew Vaughn's superbly stylised Kick-Ass and Drew Goddard's Daredevil series on Netflix. Cinematographer Siddharth Diwan does some great stuff with light and shadows, playing with textures in the dark throughout the film. There is a killer chase sequence on a bike that needs to be seen to be applauded, but overall, it's hard to root for a hero we may as well call Sad Max.

Sikandar does something irresponsible in a fit of anger, and that is actually the only emotion he exhibits in the film. The rest of the time he's letting his beard do the talking. Kapoor isn't bad at all, restrained and in control, and Painyuli is pretty awesome, but the film keeps piling up the odds, and the ways in which the vigilante eventually overcomes them are disappointingly contrived. The motivations for both heroes and villains are generic, and the storytelling tropes too cliched.

All of this could have worked in a tighter film. The film starts beautifully, with young protesters in a Mumbai Police lockup bound together by that one chant India gets right: Sachin, Sachin. In the second half of this overlong drama, we are subjected to what looks like Kapoor's training video - More-Dull Combat - where he trains under a martial arts teacher who emerges from the shadows. Things only get more ridiculous. Yawn.


Promoted
Listen to the latest songs, only on JioSaavn.com
There is a third friend, Rajat. He's the writer who starts off pitching a story about a local superhero and works in an office making listicles like "21 ways to be like Ranveer Singh." Played by Ashish Verma, this guy is the narrator and, as the one person speaking with awareness of the genre, could have been the strategist and ideas-man of the operation, but the film leaves him behind.

Bhavesh and Sikandar have this whole thing against stoplights. Running a red light is breaking the law, which is why they steadfastly refuse to jump a signal, even when being chased by goons. (Jumping across a local-train track with a motorcycle, on the other hand, is no trouble, regardless of what the law might say.) Motwane has made a minimal and bare-knuckled vigilante film that means well, but is built out of obvious influences. We know exactly where it's heading, but it still leaves us waiting at the signal too long.