Brick kiln owners in Telengana, several of whom once employed children, have now joined hands with the police and non-government organisations to get these children back in school. 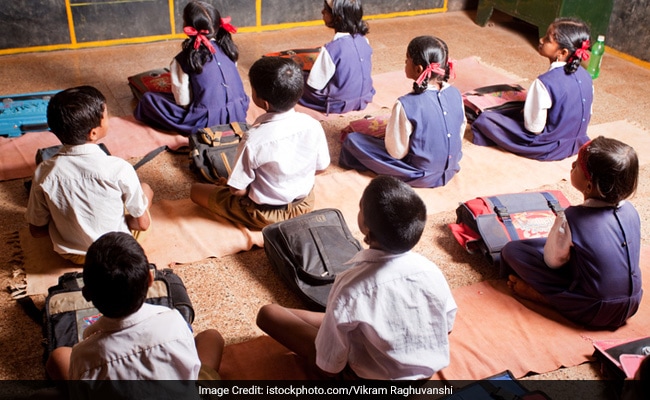 Hyderabad: Brick kiln owners in Telengana, several of whom once employed children, have now joined hands with the police and non-government organisations to get these children back in school. "Worksite schools" have been opened to allow these children, whose parents work at the kilns, to continue their education. Under this unique initiative, the Rachakonda Police Commissionerate in Telangana has opened two worksite schools with officials stating that two more are in the pipeline.

On January 20, the first of these schools, the Ituka Battila Valasa Karmikula Bala Balikala, was started in Peddakondur village of Chottupal mandal, Yadadri Bhongir district. It has a total of 182 children, aged 5-12 years, all belonging to Odisha, studying from Class 1 to 5th class.A second school was started on January 30 at Ravirala village and it now has over 500 children.

Rachakonda Police Commissioner Mahesh M Bhagwat said there were plans to open two more schools, one at Keesara in Medchal district and another one in Bommala Ramaram mandal of Yadadri. A notable feature of these schools is that the medium of instruction is Odia so that these children, from neighbouring Odisha, can be taught in a language they are familiar with. The Telangana State Brick Kiln Owners Association has appointed Odia teachers in these schools and is also paying their salaries.

"Imparting education in their mother tongue will help the children continue with their studies once they are back in their native Odisha. Once the children return to Odisha, their education will be continued there in partnership with the Odisha government," Bhagwat explained.Calling it a first-of-its-kind initiative, Bhagwat said that these schools would save vulnerable children from becoming child labourers, adding that it could be replicated in other parts of the counntry.

He added that such schools had become a self sustainable partnership with brick kiln owners lending a helping hand as well as the district administration chipping in by providing rice at Rs 1 per kilogram for mid-day meals for the children.Bhagwat said that under "Operation Smile Three" in 2017, the Rachakonda Police rescued 804 children from forced labour.

"Last year, at Peddakondur village of Chottupal and Chikatimamidi village of Bommala Ramaram mandal, 350 child labourers from Odisha were rescued from brick kilns by Rachakonda Police. They underwent 5 months at the worksite school, and this was appreciated by Nobel laureate Kailas Satyarthiji as well," he said. He added that with cases against brick kiln owners having an impact, many chose to bring migrant children to these worksite schools than employ them at their kilns.  Bhagwat said that once all the four schools are open, it will have as many 1,000 rescued children.

(This story has not been edited by NDTV staff and is auto-generated from a syndicated feed.)
Comments
rural schools