"None of our successes will have any meaning without equal opportunities for our girl-children," the President said. 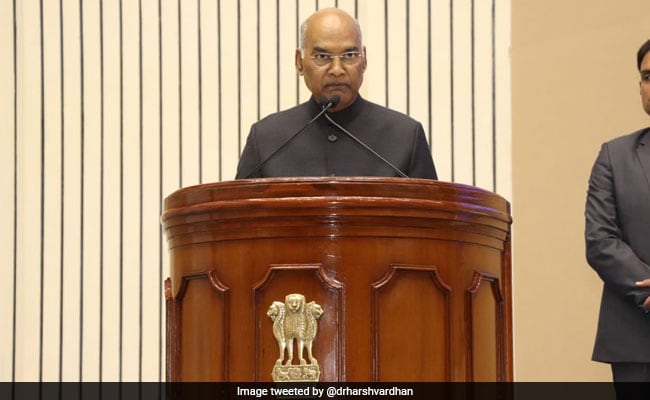 No. of women in science field far from satisfactory; need to increase participation: President Kovind

President Ram Nath Kovind on Thursday said the participation of women in the field of science in the country is far from satisfactory and steps need to be taken to ensure greater involvement of girl students in the area.

In his address on the 78th foundation day celebrations of the Council of Scientific and Industrial Research (CSIR), he said achievements in the field of science and technology will become more wholesome and desirable if there is a greater participation of girl students and of women in this area.

"None of our successes will have any meaning without equal opportunities for our girl-children," he added.

Mr Kovind called upon the scientific community to take calculated risk. There, he said, lies the possibility of developing truly transformative technologies and innovations. He said the academic, scientific institutions, industry and entrepreneurs must collaborate to ensure that scientific research can move from labs to industry, agricultural fields, incubation centres and start-ups.

Mr Vardhan also presented the President a Fuel Cell Prototype developed by CSIR labs. This is the first indigenous prototype and the fuel cells use hydrogen to produce electricity.

(This story has not been edited by NDTV staff and is auto-generated from a syndicated feed.)
Comments
President Ram Nath KovindScience