The students distributed 1001 food kits across 750 homes in Nilambur area of Malappuram district.

In a show of solidarity and determination, the students of MSM Higher Secondary School Kallingalparamba, Malappuram, distributed Rs 3.5 lakh worth relief materials in tribal areas of Nilambur, where the recent floods and land-slides devastated the whole geography.

The National Service Scheme (NSS) members of this school's Class 11 and Class 12 collected 6.5 tons of food and necessary items (worth Rs 3.5 lakh) and went to Kumbalapara, Iruttukuthy, Vaniyampuzha, Tharippapotti, Thandankallu, Appankappu, Thampurattikkallu, and Nettikulam areas and distributed the materials themselves.

"All the collection process has been done by the students. We distributed the food kits and other items which are collected by the students from their own houses and neighboring areas," said Haris KP, NSS program officer at MSM Higher Secondary School. 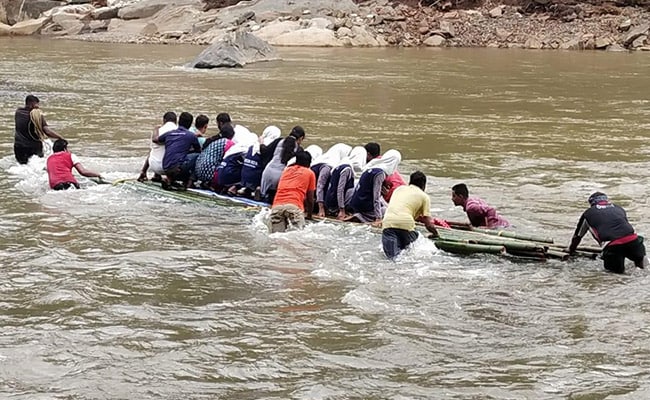 "Children crossed the river to reach the flood-ravaged areas in Changadams (rafts). The major highlight of this was that all the works have been done by the children themselves and this was a rare instance where school students handling the relief work themselves," Mr Haris added.

The students distributed 1001 food kits across 750 homes in the area. The food kits had rice, sugar, various pulses etc.

Over 100 people have died due to floods and landslides in Kerala, most of them in Malappuram, in the northern part of the state. 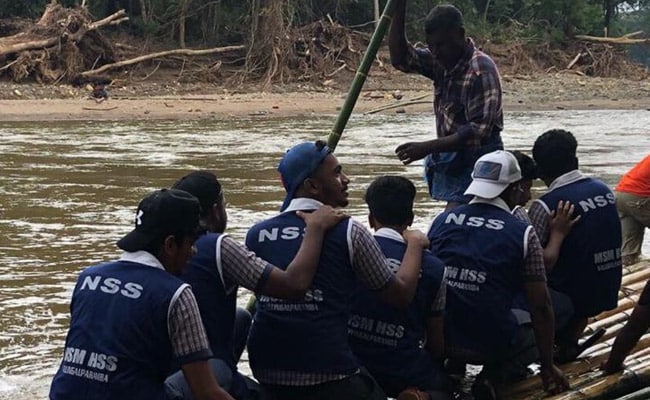 Ground Penetrating Radars were put into use to locate bodies at Kavalappara and Puthumala in Wayanad, where massive landslides had wiped out two villages, even as the toll in rain battered Kerala climbed to 116 with the retrieval of more bodies.

A state wide calamity report issued by the government in August third week said 116 people have lost their lives in Kerala in the second spell of the South West monsoon rains since August 8 and that 83,043 people are still in 519 relief camps.

Over one lakh volunteers have enrolled for cleaning work in flood-hit villages in the northern districts.

Thousands of students, from student bodies, National Cadets Corps (NCC) and NSS have joined the cleaning initiative across the state.