Delhi's oldest voter, 111-year-old Bachan Singh, who has always preached that ''even a single vote should be wasted," is all set to exercise his franchise on May 12. 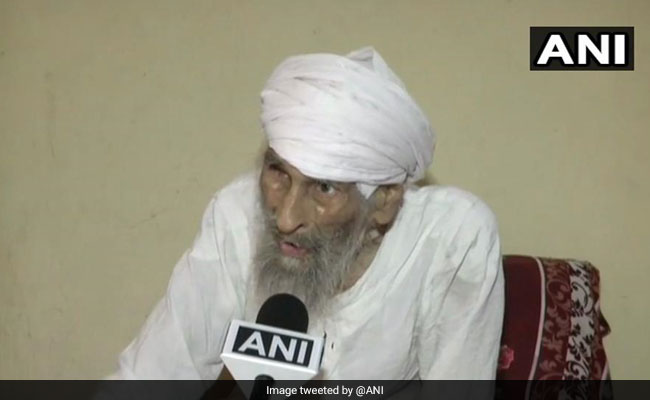 Ninety-six centenarians in Delhi will cast their votes on Sunday when the national capital goes to polls, as part of the sixth phase of the Lok Sabha elections.

Delhi's oldest voter, 111-year-old Bachan Singh, who has always preached that ''even a single vote should be wasted," is all set to exercise his franchise tomorrow.

Ahead of polling on all seven parliamentary constituencies in Delhi on Sunday, the Election Commission officers visited Mr Singh's house to invite him to vote in the sixth phase of national elections. The poll commission will also provide him with pick and drop facility.

According to data shared by the Delhi CEO Office, there are 42 male centenarian voters and 54 female.

"A senior officer will go to the house of each of these centenarian voters, residing nearest to the polling station in a constituency, and escort them them to booths. They will also motivate them vote unless they are bedridden and their health doesn't permit," the CEO said.

"He felt very nice. They talked to him and asked him many questions. They gave him a certificate, a bouquet, and a mug," Mr Singh's daughter-in-law said.

Describing how her father-in-law, who hails from Lalpura in Punjab, religiously votes every election, she added, "Previously he used his cycle to go and cast his vote with his wife. He has only stopped using his cycle 2-3 years ago as weakness overpowered him. Even if the kids would go to vote later in the day, he would himself take out his cycle and go to vote early in the morning."

His grandson Gulchand Singh said, "He always used to tell us to go vote. He made sure that no vote in our family is wasted."

All seven seats of the national capital Delhi vote on May 12 in the sixth phase of national elections.