The fire at a furniture market near Kalindi Kunj Metro station has also affected Metro train services on the Magenta Line. 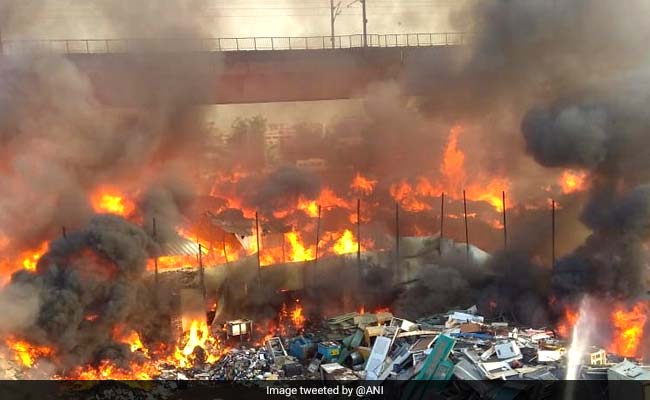 Fire broke out in a furniture market near Kalindi Kunj metro station in Delhi.

A massive fire broke out on Friday at a furniture market near Kalindi Kunj Metro station in New Delhi, officials said.

There were, however, no reports of casualties, Delhi Fire Services said.

"The fire was reported at 5.55 a.m., and 17 fire tenders were immediately rushed to the spot," said Atul Garg, Director, Delhi Fire Services.

The fire engines are trying to contain the fire.

The fire has also affected Metro train services on the Magenta Line. Officials said no train would run between Shaheen Bagh and Botanical Garden stations till the fire is brought under control.