On Camera, Delhi Woman Dragged Behind Bike After Robbers Snatch Her Purse

The identity of the snatchers could not be ascertained immediately as they were both wearing helmets. 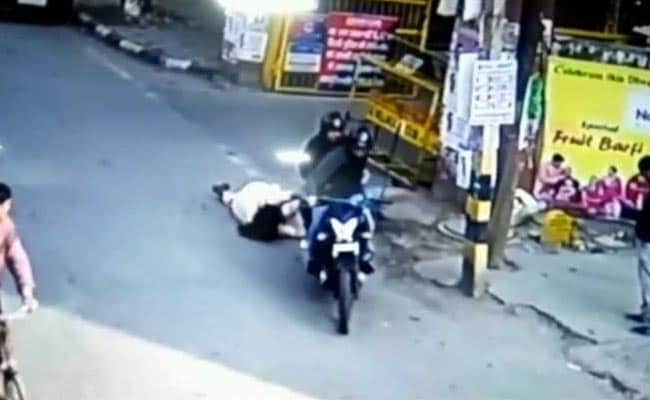 A woman narrowly escaped death after she was dragged behind a motorcycle while trying to catch the assailants who robbed her in Delhi's Janakpuri on Friday. Shocking CCTV footage shows the woman, 53, falling as she held on to her bag even as the robbers moved ahead on the bike.

The incident happened right in front of a police booth at around 4pm. The video footage shows onlookers unmoved by the woman's ordeal as the she gets dragged for about 25 metres.

A case of theft was initially registered. However, the e-FIR was later converted and sections of robbery have also been added. Her bag had Rs 20,000 in cash and the woman claimed she also lost some important documents.

The identity of the snatchers could not be ascertained immediately as they were both wearing helmets.

Ironically, the incident happened on International Women's Day. The woman sustained severe injuries on her knees, hands, waist and face but is out of danger.