The BJP MP said the ever-increasing size of the garbage mountain is a matter of "great concern" for public servants including him. 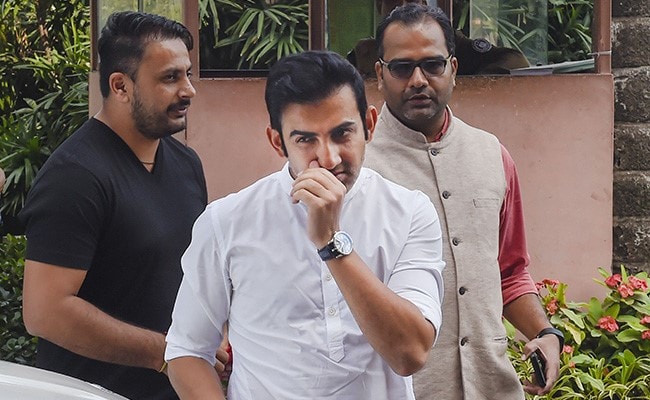 East Delhi MP Gautam Gambhir on Wednesday asked Chief Minister Arvind Kejriwal to visit the Ghazipur landfill site for the sake of the people living near the garbage dump in a "very plightful situation".

In a letter to Mr Kejriwal, the cricketer-turned-politician also congratulated him on being re-elected as the chief minister of Delhi.

The BJP MP said the landfill site in his constituency is the "largest" in Asia and the ever-increasing size of the garbage mountain is a matter of "great concern" for public servants including him.

"The people living nearby the landfill site are in a very plightful situation. As the chief minister of Delhi you should visit the site for their sake and see their condition," Mr Gambhir wrote in the letter.

"Also, you will get (to know) what all work is being done by the Central government and the BJP-led East Delhi Municipal Corporation," he wrote further.

Gautam Gambhir offered to accompany Arvind Kejriwal on the visit.

On Tuesday, the BJP MP had inspected the landfill site, one of the three in the national capital and also met officers of various agencies.

He had said that reducing the height of the garbage dump, currently towering at around 45 metres, was the biggest priority for him.

Ghazipur landfill site started in 1984 and is spread over 29 acres.

Due to dumping of garbage generated in East Delhi over the years, it was saturated in 2002 and the civic body has been looking for an alternative site.