The force of the impact was so high that the car rolled over several times and its roof got completely blown off, before it hit a pole.

New Delhi: Five powerlifting players from Delhi were killed this morning after their car hit a road divider and crashed into a pole on the Delhi-Chandigarh highway. Among those killed was a world champion who bagged the title for India in Moscow last year. One other player who was in the car was injured.

The six athletes were going from Delhi to Panipat in a Swift Dzire compact sedan, carrying their powerlifting kits, when they met with the accident at 4 am near Alipur village, close to the Singhu border between Delhi and Haryana.

The force of the impact was so high that the car rolled over several times and its roof was completely ripped away, before the car hit the pole, police said.

A senior police officer said the car was speeding, adding there were some bottles around and the possibility of drink driving cannot be ruled out.

Powerlifting world champion Saksham Yadav and another player identified as Rohit was admitted to Max Hospital in north-west Delhi's Shalimar Bagh. Mr Yadav was later shifted to AIIMS in central Delhi and died from his injuries. 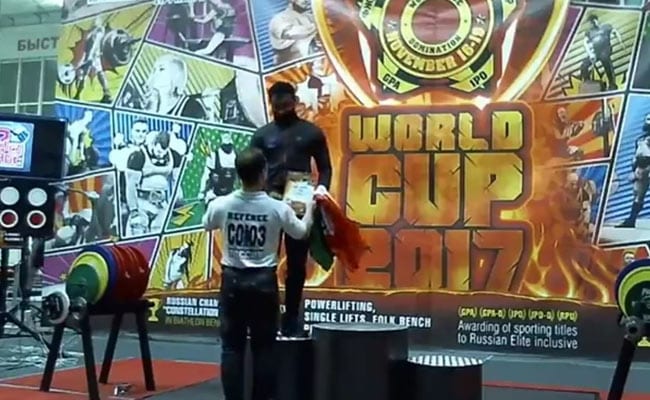 Police said the others who died in the accident have been identified by their first names as Tikamchand, Saurabh and Yogesh, and Harish Roy, a 20-year-old student.

Mr Yadav was a resident of Nagloi in north Delhi. All the other athletes including Rohit, who is in hospital, were residents of Timarpur in north Delhi.

Promoted
Listen to the latest songs, only on JioSaavn.com
"He had called last night to say he was coming home. Early morning, we came to know about the accident," the sister of Tikamchand, one of the four powerlifters who died in the accident, told news agency ANI.