Fire Breaks Out At Delhi's Vikas Bhawan, No Casualties Reported

DCW sources said several documents and office furniture were gutted in the fire and they estimated a loss of Rs 4 to 5 lakh. 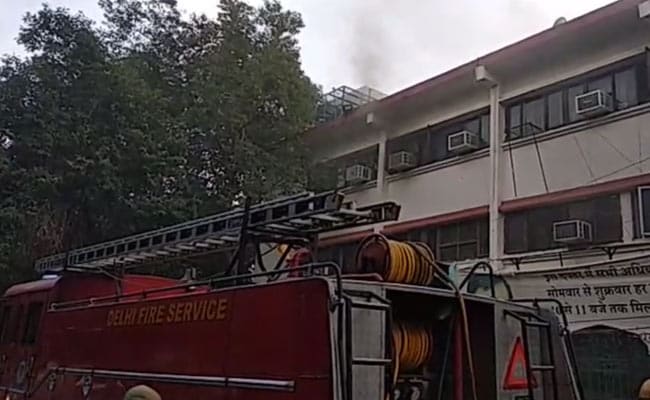 Vikas Bhawan houses the Delhi Women Commission office among others.

A major fire broke out on the second floor of the Delhi Commission for Women's office at Vikas Bhawan in central Delhi on Tuesday, fire officials said.

No casualty was reported in the incident, they said.

However, DCW sources said several documents and office furniture were gutted in the fire and they estimated a loss of Rs 4 to 5 lakh.

The fire department received a call about the blaze at around 6.00 pm, following which eight fire engines were rushed to the spot.

The blaze was brought under control by 7.11 pm and it was suspected that short-circuit in an air-conditioner might be the cause of the fire, the Delhi Fire Service officials said.

According to the sources, there were 22-25 people present inside the office when the fire broke out in the conference hall.

They said they will analyse the level of damage on Wednesday as the cupboards in the conference hall had some case files too and they will check which files were gutted in the blaze.

DCW chief Swati Maliwal had returned from a meeting when the fire was noticed, the sources said.

In a tweet, Maliwal thanked police and fire personnel for their quick response.

"DCW office caught fire. Nobody got hurt but a lot of files got burnt. There was loss of property. The DCW team saved people with understanding and stayed on ground zero till the end! Thanks to the Police & Fire Department for immediate help. If they would not have been able to control the fire, the entire commission would have been gutted," she tweeted.

The sources claimed that not many people present inside the office since it was closing time.

They claimed that the fire started in the conference hall and was noticed when smoke started emanating out from the windows, leading to commotion.

The fire was contained in time and did not spread to other rooms of the office.