The water level touched 205.46 metres on Sunday, reaching beyond the danger mark of 204.83 metres. Commuters faced problem as they were stuck in traffic after they reached the bridge unknowingly. 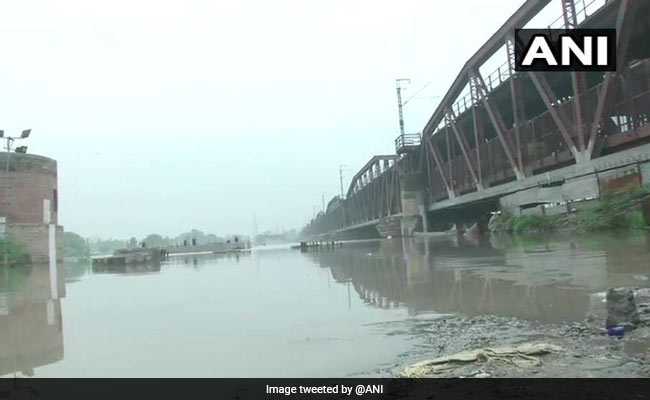 Due to less availability of shelter homes, families residing near old Yamuna Bridge in Delhi are allegedly forced to stay on roads as they were evacuated from their homes after the water level of the river crossed the danger mark.

"Everything is visible here for people to see. We have not been provided any kind of support from the government since we left our houses due to overflow of water in Yamuna river. We are now forced to live on the streets. I was staying near the bridge," one of the members of the families told ANI.

Another one alleged that most of the shelter homes ('rain baseras') are full due to which they are forced to sleep on footpaths.

"Rain Baseras are full. We were staying in temporary houses near the bridge. However, the government asked us to leave and now we are left with no other means," the person said.

The water level touched 205.46 metres on Sunday, reaching beyond the danger mark of 204.83 metres.

Commuters faced problems as they were stuck in traffic after they reached the bridge unknowingly.

The water level is expected to rise further after over 6,50,000 cusecs of water was released from Haryana.