According to Skymet, north winds are cold due to successive Western Disturbances which have approached the Western Himalayas leading to variation in the wind direction. 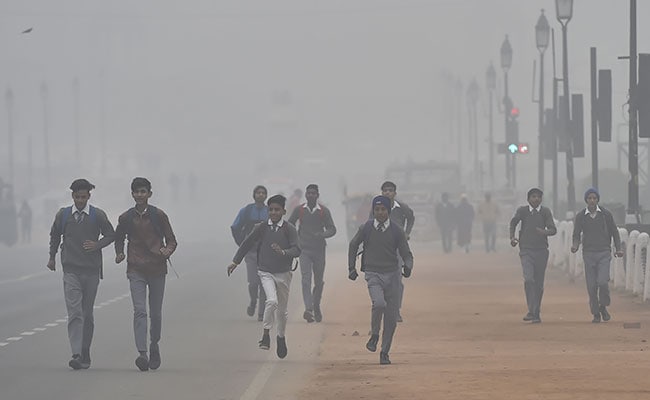 Maximum temperature in Delhi was recorded at 17 degrees Celsius with dense fog.

With heavy snowfall in neighbouring Himachal Pradesh and Uttarakhand, Delhi on Friday witnessed a sudden dip in temperature after a brief respite from cold, recording 5.3 degrees Celsius. The minimum temperature in the city is expected to dip further over the weekend due to icy winds coming in from the hills, weather experts have said.

According to the India Meteorological Department (IMD), the minimum temperature in the national capital was recorded at 5.4°C in Palam while Safdarjung Observatory recorded a temperature of 5.3°C.

"It feels very cold today. The city is surrounded by a blanket of fog which has lowered visibility. As cyclists, we have to come out and ride a bicycle even in chilly winter," a cyclist was quoted as saying by news agency ANI.

Temperatures in the national capital has been witnessing a drop following fresh snowfall in Kashmir, Himachal Pradesh and Uttarakhand on Tuesday.

"The maximum and minimum temperatures are likely to fall by 2 to 3 degrees Celsius over the plains of northwest India in the next 48 hours," the India Meteorological Department (IMD) said in a statement.

According to Skymet, north winds are cold due to successive Western Disturbances which have approached the Western Himalayas leading to variation in the wind direction.

Another Western Disturbance will approach the Western Himalayas by January 11 and from January 12, the wind direction will once again change from northerly to southeasterly leading to an increase in minimum temperature once again, it said.

The IMD in its bulletin said that cold day conditions in isolated pockets is very likely over Bihar and Sub-Himalayan West Bengal and Sikkim.

Ground frost in isolated pockets is very likely over Punjab and northwest Rajasthan, according to IMD.