A senior BJP leader said that PM Modi's rallies are likely to be held in the East Delhi and West Delhi parliamentary constituencies on February 3 and February 4. 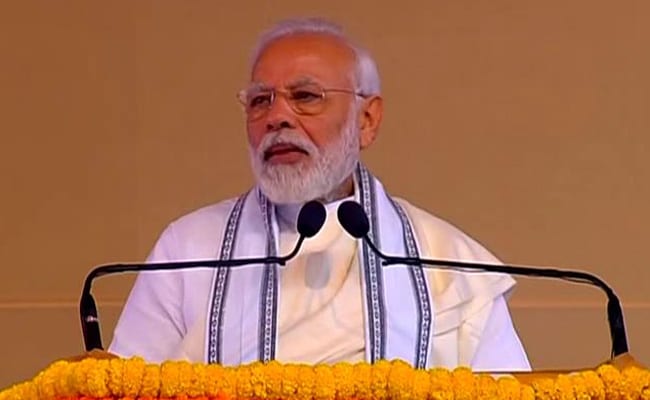 Preparations for PM Modi's rallies are in the final stage, a senior BJP leader said. (File)

BJP's high-voltage poll campaign in Delhi will intensify in the coming days and Prime Minister Narendra Modi is likely to address two mega rallies in the city ahead of the February 8 Assembly election.

A senior BJP leader on Wednesday said the preparations for PM Modi's rallies, likely to be held in the East Delhi and West Delhi parliamentary constituencies on February 3 and February 4, are in the final stage.

Campaigning for the polls will come to an end at 5 pm on February 6.

The top leadership of the BJP, including Mr Shah and Mr Nadda, have been involved in hectic campaigning, addressing two-three rallies every day in different constituencies. Besides, top Union ministers, including Rajnath Singh, Prakash Javadekar and Smriti Irani, chief ministers of BJP-ruled states, senior office-bearers and parliamentarians of the party are holding meetings across the city.

"We have planned to hold at least one meeting in each of the over 12,000 polling booths in Delhi before voting. Over 2,000 such big and small meetings have already been held," another BJP leader said.

Union minister and senior LJP leader Ram Vilas Paswan is also likely to address a rally in the national capital. His party candidate is contesting the election from the Seemapuri constituency.

The JD(U) is contesting the upcoming polls from the Burari and Sangam Vihar seats.

The 70-member Delhi Assembly will go to polls on February 8 and the results will be announced on February 11.