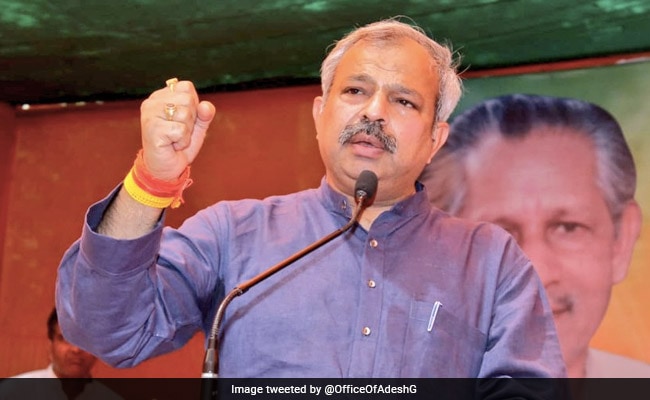 The BJP's Delhi unit on Tuesday released its campaign song for the upcoming civic body polls, highlighting the services performance of the Narendra Modi government and party-governed corporations during COVID-19 and attacking the AAP on "pollution and corruption".

The song, 'BJP ka Matlab Sewa Hai' (BJP means service), is sung by MP Manoj Tiwari and narrates the "reality of Delhi" and the BJP's "victory" for the MCD polls, the party's Delhi unit chief Adesh Gupta said at the launch event.

The song's opening line "BJP ka matlab sewa hai" is followed by how the Narendra Modi government at the Centre "served people during the pandemic, providing them with food and saving them by coming out with vaccines".

It also mentioned the efforts of the erstwhile BJP-ruled municipal corporations to remove garbage collection points in residential areas and lowering the heights of landfill sites. The song also narrates how the Central government worked for Delhi' development, including expansion of the Metro network and construction of a tunnel near Pragati Maidan.

Through the song, the BJP also accuses the government of Chief Minister Arvind Kejriwal of turning the Yamuna into a "drain" and converting Delhi into a "gas chamber".

It also claimed that had the three BJP-ruled municipal corporations not been there, the AAP government would have opened liquor shops in every street.

A famous Bhojpuri actor and singer, Mr Tiwari said the song, his 5,025th one, reflected the pain of Delhi.

Ramvir Singh Bidhuri, the Leader of Opposition in Delhi Assembly, said the song would help the BJP win 200 of the 250 wards.

Woman From Sweden Flies To UP, Marries Facebook Friend