Janamashtami Celebrations To Be 8 Day Extravaganza In Mathura

The celebrations will begin form August 17 and will continue till August 25, a day after Janamashtami. 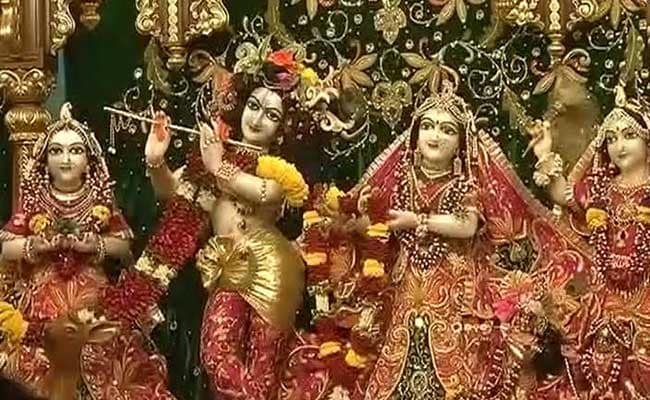 Janamashtami celebrations in Mathura this year will be an eight-day extravaganza.

Uttar Pradesh Chief Minister Yogi Adityanath has instructed the Braj Development Council to chalk out an elaborate plan to celebrate the birth of Lord Krishna in Mathura in a big way.

The celebrations will begin form August 17 and will continue till August 25, a day after Janamashtami.

According to the state's Minister for Culture Chaudhary Laxmi Narain, international artists from countries like Indonesia and Malaysia will participate in the celebrations, while domestic ones from Assam, Manipur and Gujarat will also perform.

One of the highlights of the eight-day event would be 'Krishna Leela' to be performed by artists from the New Delhi-based Shriram Bharatiya Kala Kendra.

"Due to its geographical proximity with states like Haryana, Rajasthan and Delhi, Mathura attracts a large number of tourists. After Barsana's Holi, Mathura's Janamashtami would contribute to tourism in a big way," said the Minister.

"Films and laser shows based on the life of Lord Krishna will form a part of the celebrations. We will also hold painting and rangoli competitions. All temples in Mathura and Vrindavan will be illuminated and decorated for the eight-day celebrations."

School children in the twin cities will be a part of tableaus that will be taken out on childhood anecdotes of Lord Krishna. They will also play Holi with flower petals.

BJP legislator from Mathura Hema Malini is also expected to give a dance performance on the occasion.

The Yogi Adityanath government's idea of a grand Janamashtami celebration in Mathura-Vrindavan is a part of his plan to link religious activities and events with tourism.

He has also turned 'Deepotsav' in Ayodhya into a major Diwali celebration in 2018. The Holi celebrations in Barsana also emerged as a major tourist attraction.