The four accused claimed that they only conducted three-and-a-half 'pheras' and would complete the remaining after the girl turns 18 and the boy 21-years-old. 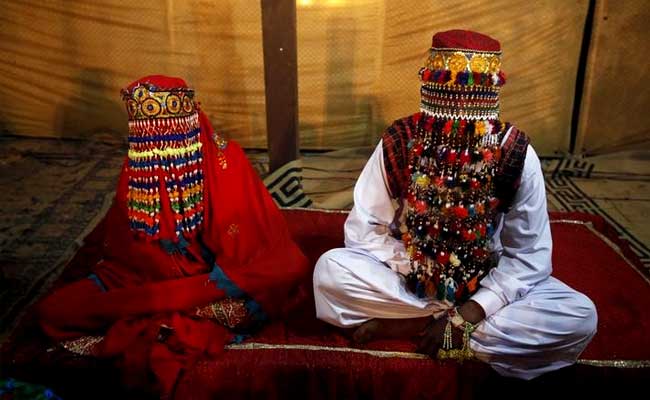 The parents of two minors have been charged for allowing the marriage of their children -- a 12-year-old boy with a 10-year-old girl -- in Uttar Pradesh.

The four accused have been charged under section 11 (promoting or permitting solemnization of child marriage) of the Prohibition of Child Marriage Act.

According to reports, the marriage took place in Bareilly on Wednesday.

The four accused claimed that they only conducted three-and-a-half 'pheras' and would complete the remaining after the girl turns 18 and the boy 21-years-old.

Police said both families were related and belong to the Valmiki community. The fathers of both children work as labourers.

A senior police officer said, "The families claimed that as the boy's grandmother is severely ill, they conducted a few rituals in accordance with her last wish. We have lodged a FIR against the parents of both, girl and boy. We are investigating the matter."

District Probation Officer Neeta Ahirwar said, "We have sent a team of Childline to investigate the matter and they will be counselling the parents. The families have been asked to appear before Child Welfare Committee (CWC) on Monday with proper documents."

"The girl and her father appeared before CWC on Friday but they came without any documents."

These include age proof of the children and an affidavit.