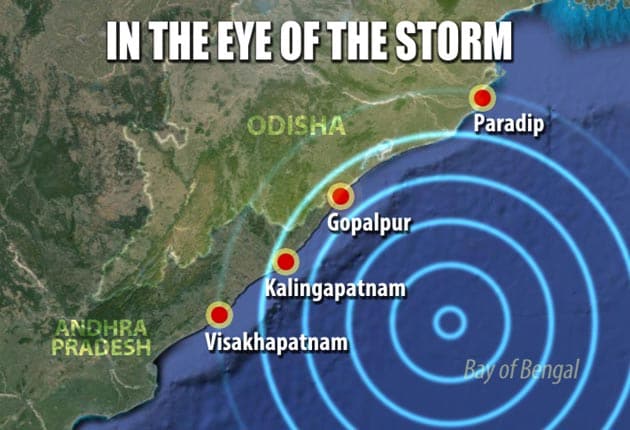 Bhubaneswar: Cyclonic storm "Phailin", classified as "very severe", is barreling towards coastal Odisha and Andhra Pradesh at wind speeds averaging 200 km per hour and is expected to hit the states around 6 pm. Some weathermen are describing it as potentially India's version of 'hurricane Katrina', one of the deadliest storms in US history.