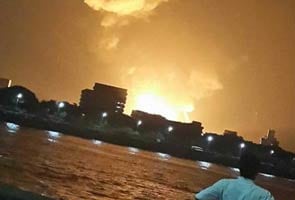 Mumbai: The INS Sindhurakshak has completely sunk now. There is no information yet on the 18 sailors believed to be trapped inside. Naval divers have entered the submarine.

Here are the big developments in the story: