Advocate General Atul Nanda has asked he Director, Department of Prosecution and Litigation, to call for a report from the various districts and ascertain the factual position on ground in this regard. 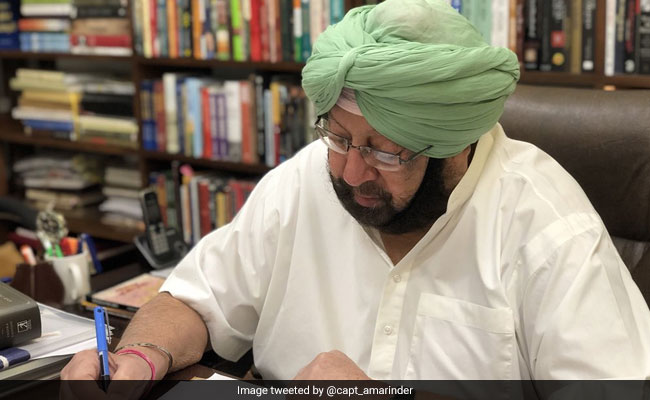 Taking a serious view of the concerns expressed by the Punjab and Haryana High Court over the manner in which final reports are being filed by the prosecution in drug related offences, Punjab Chief Minister Amarinder Singh today directed Advocate General Atul Nanda to pursue the matter to ensure that there is no laxity on this in future.

Acting on the Chief Minister's directives, Mr Nanda has asked he Director, Department of Prosecution and Litigation, to call for a report from the various districts and ascertain the factual position on ground in this regard.

Describing it as an issue of "grave concern", Mr Nanda has also sought the comments and suggestions of the Director, Vijay Singla, on the issue "so that the matter may be taken forward at the earliest, preferably within two weeks".

The letter refers to Wednesday's incident when the Chief Minister was attending his hearing on an Election Petition before the High Court and Justice Daya Chaudhary called upon him as well as Mr Nanda "to look into the manner in which final reports are being filed by the prosecution in drug related offences, more particularly without attaching the laboratory reports supporting the charges made against the accused".

The court was of the view that such reports are often not attached to/form part of the final report which is filed before it.

Soon after the issue was brought to his notice by the court, the Chief Minister directed the Advocate General to personally look into the matter and ensure that the system is streamlined to ensure that there are no such loopholes in the prosecution's case before the court, particularly in drug-related matters, said a spokesman for the Chief Minister.

Rubbishing reports of Amarinder Singh being reprimanded by the high court on the issue of drugs, the spokesman claimed that the judge had merely taken advantage of the Chief Minister's incidental presence in her court to request him to look into the matter of strengthening the prosecution methods in criminal cases.