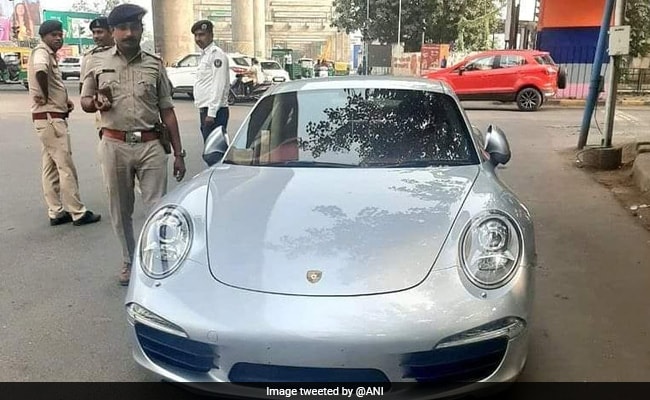 The officer said that the vehicle will be released after owner pays fine.

Owner of a Porsche 911 sports car, worth around Rs 2 crore, was slapped with a fine of Rs 9.8 lakh by the Ahmedabad Regional Transport Office (RTO) for not having valid documents and legal number plates, police said on Friday.

The traffic police have detained the vehicle, they said.

"The vehicle had no number plate and valid documents. Vehicle detained and slapped a fine of Rs 9 lakh 80 thousand (9,80,000 INR)," tweeted Ahmedabad Police on Friday.

The silver colour car was stopped by the traffic police at Helmet crossroad in Ahmedabad on Wednesday as it did not have number plates, Deputy Commissioner of Police, Tejas Patel, said.

"On being questioned, the driver failed to produce valid documents of the vehicle. Therefore, we detained the car and issued an RTO memo under the Motor Vehicles Act. This means that he has to deposit the penalty with the RTO and come to us with a receipt to get back the vehicle," said Mr Patel.

The officer clarified that the fine was not collected by the traffic police.

"We have come to know that the transport officials calculated all the pending dues, taxes and penalty on the car and slapped a fine of Rs 9.8 lakh. We will release the vehicle only after its owner pays the fine and shows us the receipt," he added.