The sheriff was speaking about an incident which took place in Santa Rosa County on April 20 when a homeowner shot an intruder. 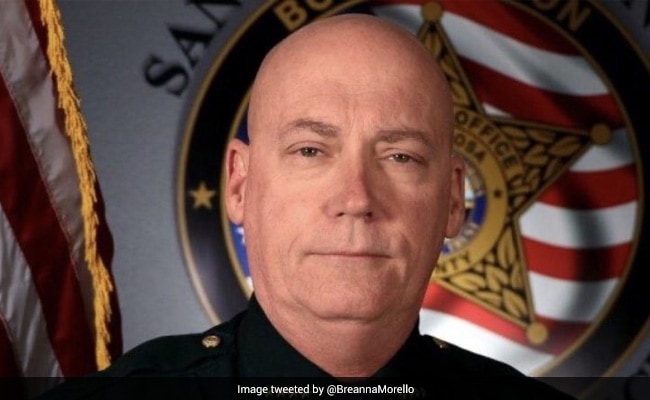 Sheriff Bob Johnson even even offered lessons to residents to improve their aim.

A Florida sheriff's speech has gone viral on social media, where he is heard encouraging homeowners to shoot intruders. Santa Rosa County Sheriff Bob Johnson said it will save tax dollars in the process.

"If somebody's breaking into your house, you're more than welcome to shoot them in Santa Rosa County. We prefer that you do actually," Mr Johnson was quoted as saying by 11alive.com while speaking about an incident where a man was shot for attempting to break into a home.

The homeowner who shot the man is yet to come forward.

The sheriff said the property owner shouldn't be afraid to come forward because they had done nothing wrong.

Mr Johnson even offered lessons to residents to improve their aim.

"You're not in trouble. Come see us. We have a gun safety class we put on every other Saturday. If you take that you'll shoot a lot better and hopefully you'll save taxpayers money," he said.

The incident took place in the county on April 20 at around 4.30pm when the sheriff's office got calls about a suspicious person in an area.

More than dozen deputies were dispatched after 911 calls to capture the man, who Mr Johnson later identified as "frequent flyer" Brandon Harris.

The police set a perimeter and even brought out K-9 units, after which Mr Johnsons said the man began jumping fences and breaking into homes.

After some time, the police got a call about shots fired. They later got to know that a fed-up resident had shot Harris and he tried to break into his home.

But the man kept running till the policemen cornered him in the bedroom of the home. Harris then jumped through the closed window and was finally taken into custody in the home's backyard.