World's Smallest Penguins Arrive At San Diego Aquarium: All You Need To Know

The world's smallest species of penguins has been added to the Birch Aquarium in San Diego, Southern California, according to a report in Newsweek. 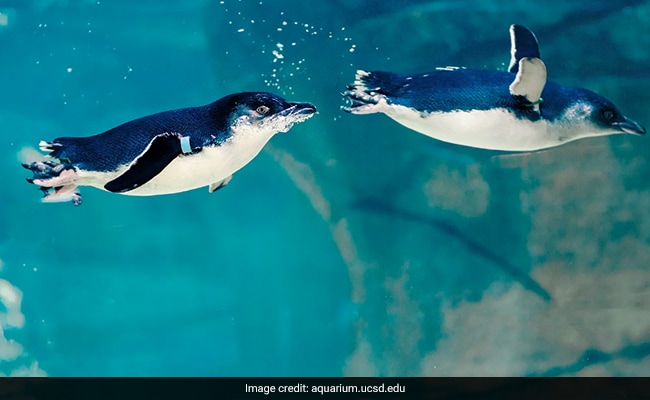 These penguins have been brought to Southern California for the first time.

The world's smallest species of penguins has been added to the Birch Aquarium in San Diego, Southern California, according to a report in Newsweek. The little blue penguins, also known as fairy penguins, are less than 12 inches tall and weigh about 2 to 3 pounds. This is the first time that these little animals have been added to the animal roster at the aquarium, the outlet further said.

These little penguins are known for their distinctive blue colour as well as their big personalities. Birch Aquarium is the only aquarium in the Western United States that houses these gregarious seabirds.

"Get ready to be immersed in the world of Little Blue Penguins! Beyster Family Little Blue Penguins follows the world's smallest penguins on their journey from hatchlings to adults, highlighting the challenges they face in a changing climate while celebrating the features that make Little Blues so unique and adorable," said the official website of aquarium.

These penguins have been brought to Southern California for the first time. The 2,900-square-foot environment includes an 18,000-gallon penguin lagoon, various comfortable burrows, a sandy beach, and native vegetation that mimic the coast of New Zealand and Australia.

According to Newsweek, other colonies in the United States include the New England Aquarium in Boston, the Louisville Zoo in Kentucky, the Cincinnati Zoo in Ohio, and the Bronx Zoo in New York.

The Little Blue Penguins have been named after the Beyster Family who donated $1 million gift to the aquarium and who are the long-time sponsors of Scripps Institution of Oceanography and Birch Aquarium.

According to Newsweek, a penguin artist named Kayla Strate stated, "We're thrilled to welcome this colony of 15 penguins to our Birch family."

"The birds are happy, thriving and adapting nicely to their new surroundings. Eventually, we're hoping the penguins will form a successful breeding colony," she further added.