Hallstatt was recognised as a UNESCO World Heritage site in 1997, said Thomas Stelzer, governor of Upper Austria state where the mine is located. 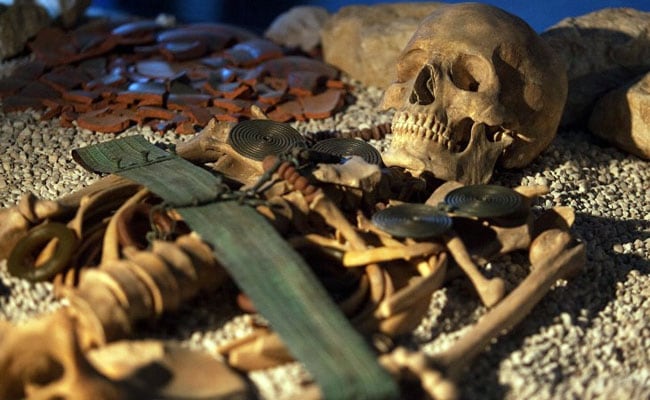 Hallstatt was recognised as a UNESCO World Heritage site in 1997. (AFP)

All mines need regular reinforcement against collapse, and Hallstatt, the world's oldest salt mine perched in the Austrian Alps, is no exception.

Exploited for 7,000 years, the mine has yielded not only a steady supply of salt but also archaeological discoveries attesting to the existence of a rich civilisation dating back to the early part of the first millennium BC.

So far less than two percent of the prehistoric tunnel network is thought to have been explored, with the new round of reinforcement work, which began this month, protecting the dig's achievements, according to chief archaeologist Hans Reschreiter.

"Like in all the mines, the mountain puts pressure on the tunnels and they could cave in if nothing is done," Reschreiter told AFP. 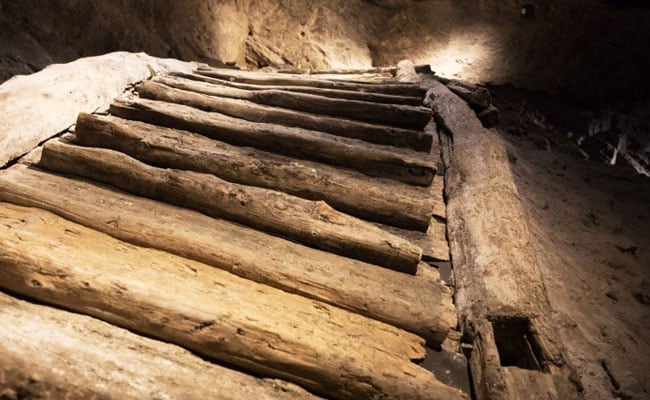 The remains of a 3,000-year-old prehistoric salt mine are pictured in Hallstatt, Austria.

Hallstatt was recognised as a UNESCO World Heritage site in 1997 and the work aims to protect it for "future generations", said Thomas Stelzer, governor of Upper Austria state where the mine is located.

Towering over a natural lake -- today frequented by masses of tourists, particularly from Asia, who come to admire the picture-perfect Alpine scenery -- the Hallstatt mine lies more than 800 metres (2,600 feet) above sea level.

The vast deposit of sea salt inside was left by the ocean that covered the region some 250 million years ago.

Among the most striking archaeological discoveries was that of an eight-metre-long wooden staircase dating back to 1100 BC, the oldest such staircase found in Europe.

"It was so well preserved that we could take it apart and reassemble it," Reschreiter said.

Other items date back much further. Excavated in 1838, an axe made from staghorn dating from 5,000 BC showed that as early as then, miners "tried hard to extract salt from here," Reschreiter said.

In the mid-19th century, excavations revealed a necropolis that showed the site's prominence during the early Iron Age.

"Thousands of bodies have been excavated, almost all flaunting rich bronze ornaments, typically worn by only the wealthiest," Reschreiter said. "The remains bore the marks of hard physical labour from childhood, while also showing signs of unequalled prosperity." 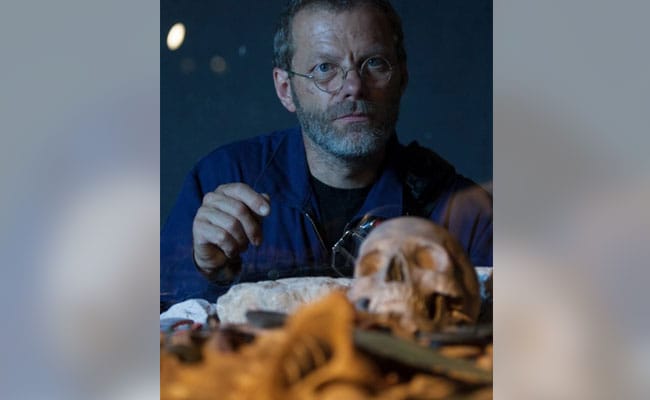 Hans Reschreiter, chief archeologist at the Museum of Natural History in Vienna

Salt -- long known as "white gold" -- was priceless at the time. And Hallstatt produced up to a tonne every day, supplying "half of Europe", he said, adding that the difficult-to-access location "became the continent's richest, and a major platform for trading in 800 BC".

Testifying to this are sword handles made of African ivory and Mediterranean wine bowls found at the site.

A second series of excavations -- started by Vienna's Museum of Natural History some 60 years ago - produced more surprises.

In tunnels more than 100 metres below the surface, archaeologists discovered "unique evidence" of mining activity at an "industrial" scale during the Bronze Age, Reschreiter said.

As well as revealing wooden retaining structures more than 3,000 years old which were perfectly preserved by the salt, the excavation unearthed numerous tools, leather gloves and a rope -- thick as a fist -- as well as the remains of millions of wooden torches. Rebuilt tools, inspired by found prehistoric patterns, are pictured at the salt mine

Also used by Celts and during the Roman era when salt was used to pay legions stationed along the Danube River -- it is the origin of the word "salary" -- the mine has never stopped working since prehistoric times.

Today, about 40 people still work there, using high-pressure water to extract the equivalent of 250,000 tonnes of salt per year.

"Salt doesn't have the same value as in antiquity anymore. But some of its new uses, such as in the pharmaceutical and chemical industries, are still highly profitable," said Kurt Thomanek, technical director of salt supplier Salinen Austria.

Tourism linked to the archaeological discoveries is also "a pillar of our activities", Thomanek added.

Last year, some 200,000 people visited the Hallstatt mine.

(Except for the headline, this story has not been edited by NDTV staff and is published from a syndicated feed.)
Comments
Austrian AlpsArchaelogyAustria