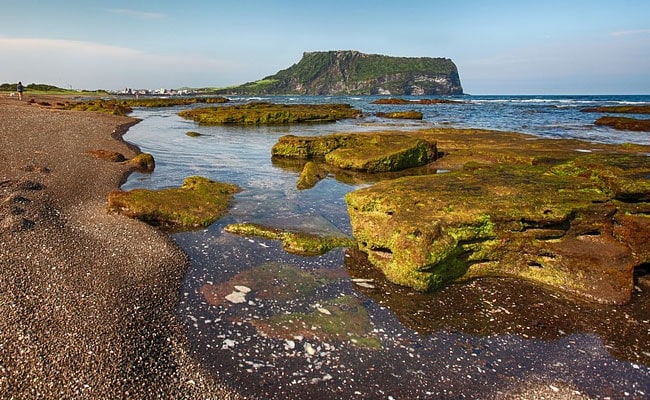 65,000 trips were made between the Korean capital and Jeju island, the journey of over one hour (Pixabay)

The world's busiest air route isn't London to Paris or New York to Los Angeles, but the trip between Seoul and a tiny island off the coast of South Korea.

Planes made 65,000 trips between the Korean capital and Jeju island -- a journey of little more than an hour -- in 2017, equivalent to 178 flights a day, according to data from OAG Aviation Worldwide Ltd. That's almost double the 35,000 trips on the busiest North American route: Los Angeles to San Francisco.

Asian cities dominated the list, cementing the region's status as the world's fastest-growing travel market. Among the 10 busiest routes in the world last year, Los Angeles-San Francisco was the only North American entry and there wasn't a single European destination. The top European route in OAG's rankings was Dublin-London Heathrow with about 14,500 flights.

The beaches and resorts of Jeju, an island off the southernmost tip of the Korean peninsula, have drawn local holiday-makers for decades. These days, Japanese and Chinese tourists are joining the South Koreans on the sand.

Unless you have 10 hours to spare and love driving, a 90-minute flight is the best way to shuttle between Australia's two biggest population centers. Weekday rush-hour connections are the domain of suited bankers and business travelers. Shoppers, sports fans and tourists take the cheaper seats.

The flight, taking less than two hours, connects the businesses of Mumbai with the political establishment in Delhi. An aviation boom means fares can be as cheap as a train ticket -- and that journey takes about 16 hours.

The flight from Tokyo to Fukuoka, on the northern shore of Kyushu island, takes about two hours. That beats even a high-speed bullet train by several hours.

Promoted
Listen to the latest songs, only on JioSaavn.com
Rio de Janeiro-Sao Paulo