Woman Who Ran For US President In 1872 Was Compared To Satan, Locked Up

When Victoria Woodhull briefly entered the 1872 election as the nominee of her own Equal Rights Party, she was too young to be president 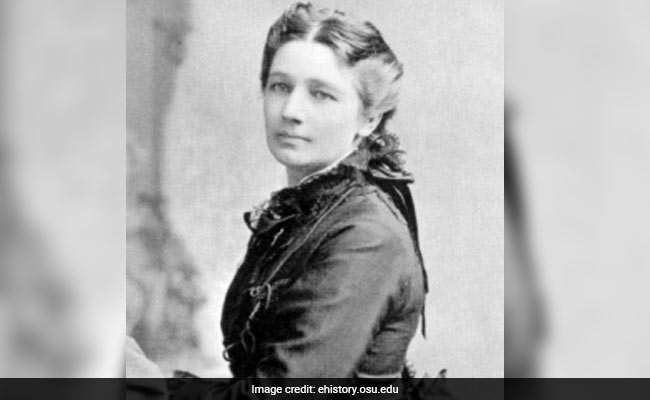 Five women are running for president of the United States, and on Thursday night, three of them will take the stage in Houston for yet another Democratic primary debate. But before Sens. Elizabeth Warren, D-Mass.; Kamala Harris, D-Calif.; and Amy Klobuchar, D-Minn., and 2016 Democratic nominee Hillary Clinton, there was Victoria Woodhull, who is often credited as the first woman to run for the presidency.

When Woodhull briefly entered the 1872 election as the nominee of her own Equal Rights Party, she was too young to be president and couldn't even vote for herself, with the 19th Amendment still decades away. A political cartoonist compared her to Satan, and she was thrown in jail that same year for publishing an expos&#233; of a famous preacher's alleged affair.

Though America has evolved to the point where voters have multiple female contenders to choose from in 2019, notes of the sexism and backlash that Woodhull faced because of her gender still linger in today's politics.

Woodhull's candidacy was doomed from the start, and her embrace of what would now be considered feminist ideals ultimately led to her public downfall. But she was actually on a greater campaign: to expand what was possible for women of her time.

"Victoria did have a messianic aspect in all she did, which led her to believe she could make a major statement - that women should have the right to run for office, as well as get the vote - even if not in her lifetime," said Myra MacPherson, author of the Woodhull biography "The Scarlet Sisters: Sex, Suffrage, and Scandal in the Gilded Age."

Woodhull was a contemporary of famed suffragists Susan B. Anthony and Elizabeth Cady Stanton, but "she was a feminist, not a suffragist," MacPherson explained. The distinction was significant. While Anthony and Stanton primarily sought the right to vote, Woodhull espoused sexual, societal and economic liberation, concepts controversial to many suffragists.

She advocated for "free love," a Victorian-era concept that espoused sexual and societal liberation for women and, most controversially, that women should be allowed to have sex outside marriage. Woodhull saw the institution as nothing more than a trap that robbed women of their identity, and denied them ownership not only of property but their own bodies. At that time, when women married, they were completely subsumed by their husbands, with their rights to property and their children rendered moot. Long before "domestic violence" entered the public lexicon, Woodhull was speaking before crowds about the evils of rape within marriage.

By the time Woodhull decided to run for president, she and her sister, Tennessee "Tennie" Claflin, had already made a name for themselves in New York society for their views, which they espoused in their short-lived publication Woodhull & Claflin's Weekly. They lived large in Manhattan, establishing themselves as members of the new elite, despite the fact they actually hailed from the middle of Ohio, and had scrabbled their way to New York through ingenuity, grit and quite a bit of embellishment.

In 1870, with the backing of railroad and shipping tycoon Cornelius Vanderbilt, they opened the first female-run Wall Street Brokerage house, where "they played by men's rules" and had a successful first year in business, MacPherson said.

Having stormed the Wall Street boys' club, Woodhull decided to make a bid for Pennsylvania Avenue. It had long been a dream of hers, MacPherson writes in her book, and Woodhull had gone so far as to fashion herself a signature of "Future Presidentess," a portmanteau of president and princess.

She announced her candidacy on April 2, 1870, in a New York Herald column, writing that "I claim the right to speak for the unenfranchised women of the country . . . I now announce myself as a candidate for the presidency."

"I am quite well aware that in assuming this position I shall evoke more ridicule than enthusiasm at the outset," she continued, "But this is an epoch of sudden changes and startling surprises." She went on to compare women's suffrage to the 14th Amendment, which granted African Americans citizenship rights, saying that if this recently freed population could vote and hold office, so could women. (Woodhull's argument, however, was naively optimistic, as the battle to stop black disenfranchisement waged for another century, culminating in the Voting Rights Act. As many voting rights advocates would argue, that battle continues to this day.)

In a separate article, the Herald's writers praised her candidacy. At the time, suffragists pushed for a 15th Amendment to the Constitution that would guarantee women the right to vote, and the Herald boldly proclaimed that "The woman is inevitable, and she is 'coming' on the chariot wheels of woman's sweet willfulness and her irresistibly captivating appeal for a chance to experiment among the rulers. . . . Now then, for another amendment and victory for Victoria in 1872."

Woodhull sought to unite a coalition of African Americans, abolitionists, laborers, suffragists and 19th century Spiritualists - groups that found themselves without a voice in government and relegated to the fringes of power.

First, though, Woodhull needed a party, and there was no way Republicans or Democrats were going to choose her (they went with Ulysses Grant and Horace Greeley, a Liberal Republican, respectively.) Though she had support within the National Woman Suffrage Association (NWSA), its co-founder, Anthony, did not support her presidential ambitions, MacPherson writes.

So Woodhull hijacked the NWSA convention in May 1872, gliding onto the stage and declaring that "this convention adjourn to meet tomorrow morning at Apollo Hall!" according to MacPherson.

On May 10, she convened a meeting her newly formed Equal Rights Party at Apollo Hall in New York City. In "The Scarlet Sisters," MacPherson describes a progressive, diverse, chaotic and ultimately empowering scene:

The convention wasn't without its issues. It chose to nominate famed abolitionist Frederick Douglass as Woodhull's running mate, though Douglass never participated in the convention or acknowledged the nomination. Her supporters also lacked the money to donate to her cause.

MacPherson writes that though some press outlets gave the convention page one coverage, others took jabs at the diverse attendees. "So far as dress and appearance went, [they] could be classed with either sex. There were all varieties of color and complexion," the New York World wrote, while the Philadelphia Inquirer referred to delegates as "semi-lunatics."

Woodhull never got to actually campaign for the presidency or appear on any ballots, explained Kate Clarke Lemay of the National Portrait Gallery, who curated a current suffrage exhibition, "Votes for Women: A Portrait of Persistence." Woodhull and her coalition were unquestionably ahead of their time, but within broader society, her beliefs were considered radical, even dangerous. The same ideas and outspokenness that made her famous ultimately led to her downfall.

A February 1872 political cartoon in Harper's Weekly, titled "Mrs. Satan," depicts Woodhull as the devil holding a scroll that reads "Be Saved by Free Love." Behind her, a ragged woman carrying two miserable looking children and an alcoholic husband on her back turns away from Woodhull, preparing to climb a steep, jagged path. The implication: that the burdened woman would rather suffer through life than associate with Woodhull.

"She was a woman scorned, and it perfectly captured how scorned she was," Lemay said.

And then, in November 1872, Woodhull and Claflin published a salacious accusation that a famous Protestant minister, the Rev. Henry Ward Beecher, was having an affair. (For more context on Beecher's standing: His sister was abolitionist Harriet Beecher Stowe, author of "Uncle Tom's Cabin.") Beecher had preached against "free love," and Woodhull saw the affair as an example of a double standard for men.

The article ran afoul of the era's obscenity laws and spelled doom for her political career.

"The whole thing just explodes, it becomes this national sensation," Lemay said. "Victoria Woodhull gets arrested for spreading pornography, and put into jail for a couple months."

Though she was doomed from the beginning, Lemay saw Woodhull's campaign as "a great example of women in that era who saw they had no choices, and were doing anything they could to make room for themselves."

Woodhull did not become president of the United States. No woman has. But that doesn't mean she failed.

"The presidency is an incidental thing that gave her a historic base in some people's minds," MacPherson told The Washington Post. "But basically what was amazing was [Woodhull and Claflin's] ability to really fight on male terms, on Wall Street and the rest of their lives, on issues we still don't have, like equal pay for equal work, and coeducational classes teaching sex education.

"I think her real role was to present issues that didn't pass at the time but became very well recognized as women's issues," MacPherson said. "She really pushed it with the concept of trying to prove that women could do anything."