Joshua Brown, who lived in the same apartment complex as Jean and Guyger and overheard their fatal encounter, was "shot several times by an unknown assailant" on Friday night 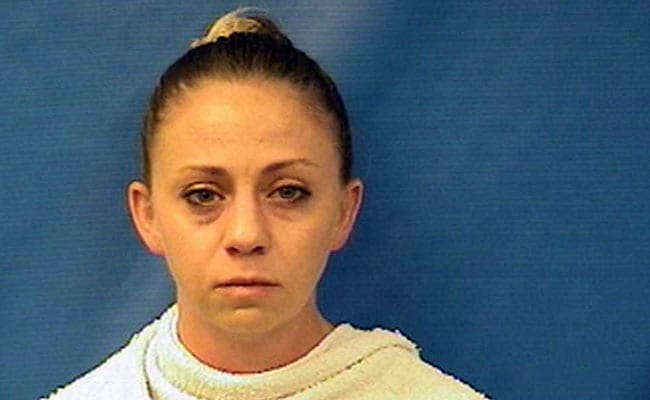 The shooting came 2 days after jurors sentenced Amber Guyger to 10 years in prison.

A witness who was key to the murder conviction of Amber Guyger, the former Dallas police officer who opened fire on her neighbor Botham Jean in his own apartment, was shot to death 10 days after testifying in the high-profile trial, according to a lawyer representing the Jean family.

Joshua Brown, who lived in the same apartment complex as Jean and Guyger and overheard their fatal encounter, was "shot several times by an unknown assailant" on Friday night, civil rights lawyer Lee Merritt said Saturday night on Twitter. Brown was a 28-year-old Lancaster, Texas, native and former University of South Florida football player who ran his own business in Dallas.

"His murder underscores the reality of the black experience in America," Merritt wrote. "A former athlete turned entrepreneur - Brown lived in constant fear that he could be the next victim of gun violence, either state sanctioned or otherwise."

The Dallas Police Department has not confirmed that Brown was the man killed, noting that the victim wasn't carrying identification. But in an emailed statement, the department said officers had responded to reports of a shooting just after 10:30 p.m. at the Atera Apartments at 4606 Cedar Springs Road. Merritt said Brown was living there after moving from the South Side Flats, where he, Guyger and Jean resided when Guyger killed Jean in September 2018.

Authorities arrived at the Atera complex Saturday night to find a man lying on the ground in the parking lot with multiple gunshot wounds. Paramedics took him to Parkland Memorial Hospital, where he died of his injuries.

"Several witnesses heard several gunshots and observed a silver four-door sedan leaving the parking lot at a high rate of speed," police said, adding that there are no suspects at the moment.

The fatal shooting came two days after jurors sentenced Guyger to 10 years in prison for the murder of 26-year-old Jean, a St. Lucia-born accountant and church singer. That a white officer had killed an unarmed black man in his home sparked widespread outrage and protests in Dallas. Guyger's conviction was seen by some as a victory in the national push for police accountability. Her sentence - on the low end of the 99 years the jury could have given - prompted both criticism from observers and a surprising act of forgiveness from Jean's younger brother.

Brown's testimony was crucial to the outcome of the case, Merritt said. Brown took the stand on Sept. 24, the second day of the trial, and told jurors that he was walking toward his unit at the South Side Flats when he overheard what sounded like a surprise meeting between Jean, who lived across the hall from him, and Guyger. He couldn't make out what they were saying but was sure he didn't hear the loud police commands that Guyger later claimed she made.

That testimony undermined "a key element of the defense," Merritt said.

"Amber claimed she shouted commands to Botham before shooting him," Merritt wrote on Facebook. "She didn't. No one heard that. No neighbors. No passerby's. Not Joshua as he walked down the corridor. No one."

Brown ran when he heard two gunshots ring out. Then, worried about his dog, he headed back toward his unit. Through the peephole in his door, he said, he watched Guyger pacing the hallway and talking on her phone.

"She was crying," Brown testified during the trial. "Explaining what happened, what she thought happened. Saying she came into the wrong apartment."

He looked down at his lap and held a tissue to his eyes as he explained that he had met Jean only once, just hours before the Sept. 6, 2018, shooting. But Brown had often heard him across the hall, singing gospel and Drake: "I heard him singing every morning," he said, before asking for a break.

Judge Tammy Kemp called a recess so that Brown could collect himself.

On Saturday, friends and former teammates reacted to Brown's death with shock. They told the Tampa Bay Times that he was funny and outspoken.

"He was a passionate individual," Kofi Amichia, who played with Brown at the University of South Florida, told the paper. "A guy that always spoke his mind no matter what, and one of the funniest guys at USF. Could make anybody laugh."

In a Saturday interview with the Dallas Morning News, the lead prosecutor in the Guyger trial said Brown had been courageous to come forward with what he knew.

"He bravely came forward to testify when others wouldn't," Jason Hermus said. "If we had more people like him, we would have a better world."