With Their Feet and a Tweet, Europe's Muslims Stand up to Islamic State 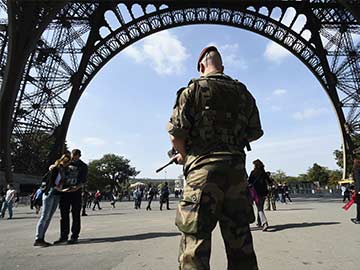 Paris, France: As Islamic State extremists call for random murders throughout Europe in Allah's name, the continent's Muslims are hitting back with mass peace demonstrations and a Twitter campaign to say "not in my name".

From Norway in the far north to Germany and France, Muslims have taken to the streets to denounce the IS jihadists controlling large areas of Iraq and Syria who they say have hijacked their religion and terminology to spread hate and breed violence.

The IS group are "terrorists and murderers who drag Islam into the dirt and bring hatred and suffering to the people, including to their own fellow Muslims, in Syria, in Iraq and elsewhere," said Aiman Mazyek, chairman of Germany's central council of Muslims.

Along with other Muslim groups, Mazyek's council organised last week a day of prayers and rallies across Germany, which is home to around four million Muslims, mainly with Turkish roots.

Under the open sky in the Berlin suburb of Kreuzberg known affectionately as little Istanbul for its large Turkish population, thousands knelt on prayer mats and listened to speeches against violent jihadism.

"They are acting under the banner of the Prophet, but their crimes show that they have not understood a word of what Allah has revealed to us and how our Prophet lived by these commandments," said a statement read out in mosques across Germany.

Similar marches have taken place in Norway and Denmark under the banner "say no to the (non) Islamic State."

Other Muslims have taken to social media to combat the Islamic State group, which itself has used Twitter effectively to recruit potential recruits.

The London-based Active Change Foundation has started a hashtag campaign #notinmyname that has spread rapidly across Twitter.

"Tell the world that ISIS are the real enemies of Islam. It's nothing to do with us," says the group on its website, using an alternative name for IS, alongside videos of young Muslims holding placards with the slogan.

"Tell ISIS that they can't murder in your name."

As well as standing up against the horrors of IS, Muslim groups across Europe are taking measures to try to prevent their youth misguided they say, from travelling to Syria and Iraq in their thousands to wage jihad.

In Sweden for example, a volunteer group has set up an Internet and telephone hotline for people to alert authorities if they suspect a friend or relative has been radicalised.

French Muslims issued a clarion call in a "Paris appeal" for young people "not to get their battles mixed up."

"The real jihad is not in Syria or Iraq, it is in France: it's the battle for integration, for social success, to live together," said Anouar Kbibech, president of a group representing 550 mosques.

Abdelasiem El Difraoui, an expert in radical Islam from Paris' Sciences Po university, said the average Muslim is "shocked to the core by these things."

"We used to dye our hair green to shock our granny. Then there was punk. Now it's the fashion to become a jihadist, the youth love a certain form of ultraviolence," he told AFP.

Ghaleb Bencheikh, chairman of the World Conference of Religions for Peace, complained: "They've stolen our vocabulary."

"The words of Islam have been confiscated by criminals and terrorists. The words 'fatwa', 'caliphate', 'jihad' have all been perverted," he added.

"Jihad used to be an effort in the service of God. Now it's become a symbol of barbarism."

But amid the anger is also fear, as Muslims everywhere worry it could be their children that die in a faraway conflict.

Danish politician Nur Mohamed, a Muslim with Somalia roots, warned recently that "the recruiters are extremely professional, are targeting young men between 16 and 25 and, unfortunately, have succeeded several times."

Muslim families "do not want to lose their children and are refusing to give an inch to IS," he said.

Promoted
Listen to the latest songs, only on JioSaavn.com
"Help us save our children."