With Rocket Launched At Moon's Dark Side, China's Huge Leap In Space Race

The blast-off marked the start of a long journey to the far side of the moon that is never visible from Earth. 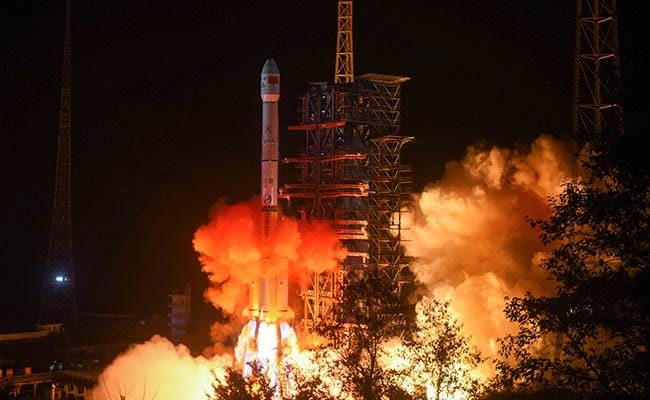 Chang'e-4 will be the second Chinese probe to land on the moon.

The most ambitious robotic moon probe ever by any space-faring country was launched by China on Saturday morning. What makes the endeavor special is that it would be the first time that a rover will attempt to land on the dark side of the moon, that is always tilted away from the Earth.

At 2:23 am (1823 GMT) local time, a Chinese rover - Chang'e - 4, named after the Chinese Goddess of Moon, blasted off atop a Long March 3B rocket from Xichang Satellite Launch Center.

The blast-off marked the start of a long journey to the far side of the moon that is never visible from Earth.

This mission by China aims to study the geology and the radiation load on the moon's surface.

Unlike the near-side of the moon that is "tidally locked" and always faces the earth, and offers many flat areas to touch down on, the far-side is mountainous and rugged.

No other mission or any country till date, has attempted to land on the far side of the moon, as communication is cut off and there is no direct visibility from Earth.

And as no lander or rover has ever touched the particular area of moon, China grabs the top spot as the first nation to explore the area.

Chang'e-4 will be the second Chinese probe to land on the moon, following the Yutu ("Jade Rabbit") rover mission in 2013.

This Asian moon race has gained momentum with China, India and Israel, all joining the big marathon.

India is planning to send its Chandrayaan-2, its second mission to the moon, which is a Rs 800 crore satellite, along with an orbitter, lander and a rover, early in 2019.

Chandrayaan-2 is an advanced version of the previous Chandrayaan-1 mission nine years ago.

India is also attempting to land on the near side, but on the South Pole, a feat no other nation has ever attempted.