The film is a forensic examination that uses actual recordings from the night to try and piece together what could have happened to flight MH370. 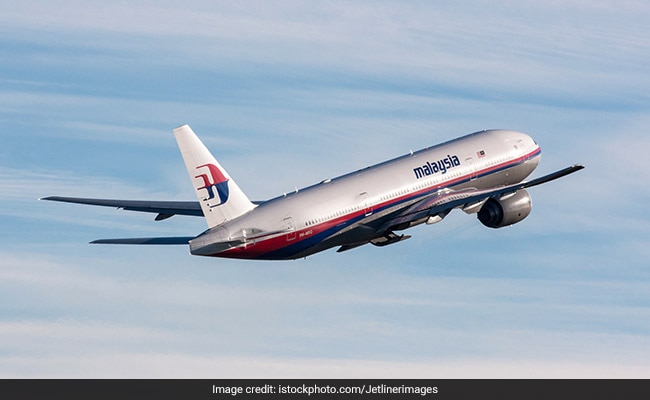 On Saturday, March 8, 2014, Malaysia Airlines flight MH370 took off from the Kuala Lumpur Airport for Beijing with 239 on board. Less than 40 minutes later, MH370 vanished. And became one of the greatest unsolved aviation mysteries of the world. A film by BBC seeks to explain what could have happened.

The film uses actual recordings from the night to try and piece together what could have happened to flight MH370. According to data and call recordings from the flight, just a minute after it took off from Kuala Lumpur at 41 minutes past midnight, Malaysian air traffic controllers (ATC) asked the crew of MH370 to turn right on a more direct route to Beijing via a waypoint called IGARI.

Once a flight disappeared from the secondary radar, ATC had no other surveillance to fall back on. The crew didn't contact the ATC either.

So what happened to flight MH370?

One early theory was that it caught fire and crashed into the South China Sea. Supporting this hypothesis was the fact that the plane was carrying over 200 kg of lithium batteries - highly flammable and volatile.

But a search in the South China Sea yielded no wreckage and the theory was abandoned.

In London, a scientist working with Inmarsat - the company that provided satellite communications for MH370 - found some new information from the logs of the plane's communication.

Alan Schuster-Bruce found that seven electronic "handshakes" occurred between flight MH370 and the ground station - all of them after the flight disappeared off the radar.

"After 60 minutes of inactivity, the ground station sends a signal to aircraft. The aircraft replies yes - this is called handshakes," explains Alan.

Alan's startling discovery showed that the plane flew for seven hours after its last communication.

"At that point it was quite clear something strange had happened," says Alan.

Based on satellite data, the search for MH370 was narrowed from Kazakhstan in north to southern Indian Ocean - an area of more than 2-million square miles.
Inmarsat also found something stranger - the flight made an inexplicable turn west after it disappeared, flew across the Malaysian peninsula and then made another turn.

The unexpected deviation from course suggested another, more sinister possibility - the plane had been hijacked and its transponder turned off deliberately. However, even as two passengers on the flight and the pilots themselves came under intense scrutiny, no terrorist links were found.

And despite search efforts from 26 counties, no trace of flight MH370 could be found.

Another question plagued investigators - did the aircraft turn north or south?

Chris Ashton from Inmarsat used the Doppler analysis to conclude, after complex calculations, that the flight turned south. At the end of the flight's new route, there is no land.

Chris' evidence was sent to the Malaysian authorities. According to data, flight MH370 ended in the southern Indian Ocean.

But if the flight wasn't hijacked, what happened to it?

Air accident investigator Tony Cable believes that an earlier aviation disaster could offer clues. In 2005, Helios Airways Flight 522 failed to make radio contact with ground, just like MH370. A fault in the flight's pressurization system made the pilots pass out as the aircraft flew on autopilot. Fighter jets that made visual contact with the flight found a flight attendant entering the cockpit and sitting down on the pilot's seat.

Tony believes that something similar may have happened to flight MH370, and that would explain why it flew off course.

However, despite intensive search operations - the largest in aviation history - for the plane's black box, and an ocean floor vehicle looking for wreckage, no trace of flight MH370 has been found.

Search operations were suspended in January 2017, even as families of those who were on the flight continue to hope and demand answers.