We Will Set Rules, Not You: US Media Tells Donald Trump In Open Letter 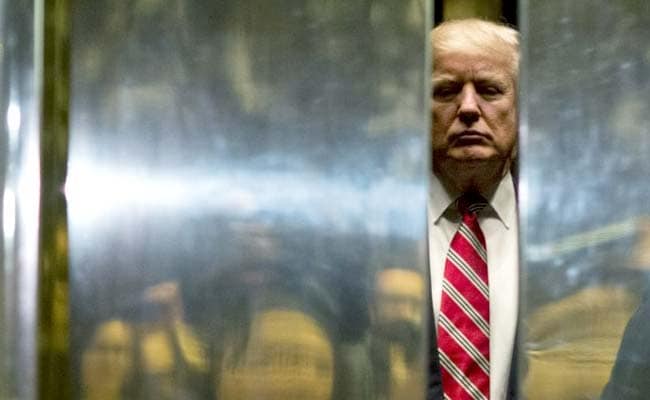 The letter further stated that US journalists will set higher standards for themselves than ever before.

Washington: The American Press Corps, White House journalists, in an open letter to President-elect Donald Trump has said that it is the reporters and not him who will set the rules and decide what to serve the readers.

"It is, after all, our airtime and column inches that you are seeking to influence. We, not you, decide how best to serve our readers, listeners, and viewers. So think of what follows as a backgrounder on what to expect from us over the next four years," said US journalists in the letter published in Columbia Journalism Review, an American magazine for professional journalists published by the Columbia University.

Acknowledging that the American Press Corps and the US President-elect don't get along well, the letter said: "It will come as no surprise to you that we see the relationship as strained."

Observing that Trump may not allow journalists access to cover his administration, the letter further states: "We are very good at finding alternative ways to get information... Some of the best reporting during the campaign came from news organisations that were banned from your rallies. Telling reporters that they won't get access to something isn't what we'd prefer, but it's a challenge we relish."

"You've banned news organisations from covering you. You've taken to Twitter to taunt and threaten individual reporters and encouraged your supporters to do the same. You've advocated for looser libel laws and threatened numerous lawsuits of your own, none of which has materialized," the letter read.

"But while you have every right to decide your ground rules for engaging with the press, we have some, too."

The letter further stated that US journalists will set higher standards for themselves than ever before.

"We credit you with highlighting serious and widespread distrust in the media across the political spectrum. Your campaign tapped into that, and it was a bracing wake-up call for us. We have to regain that trust. And we'll do it through accurate, fearless reporting."

Accusing the President-elect of trying to divide and use reporters' deep competitive streaks to cause fights, the letter stated that "those days are ending. We now recognize that the challenge of covering you requires that we cooperate and help one another whenever possible".

The Corps also reminded Trump that journalists have been around since the founding of the republic, and their role in the "great democracy" has been ratified and reinforced again and again and again.

"We're playing the long game. Best-case scenario, you're going to be in this job for eight years. You have forced us to rethink the most fundamental questions about who we are and what we are here for. For that we are most grateful."

(Except for the headline, this story has not been edited by NDTV staff and is published from a syndicated feed.)
Comments
The American Press CorpsWhite House journalistsopen letterPresident-Elect Donald TrumpJournalists