On Financial Support For Pakistan, China Says It Has Done Its "Utmost"

Pakistan's Finance Minister Ishaq Dar on Saturday last said that Islamabad would be getting about $9 billion from China and $4 billion from Saudi Arabia. 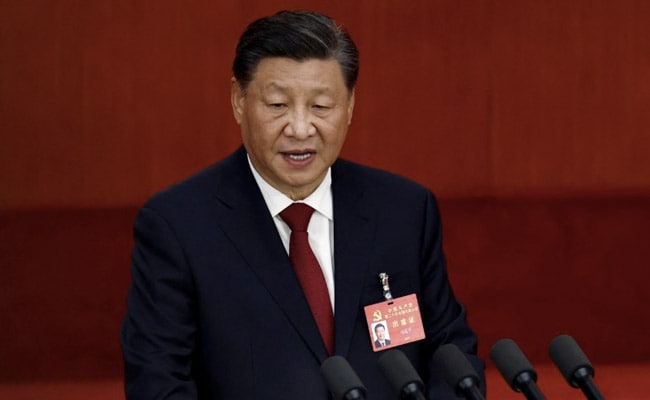 China, which has offered a $9 billion bailout package to Pakistan, on Monday pledged more support for the cash-strapped nation, saying that it has done its "utmost" to stabilise the financial situation of its all-weather ally and will continue to do so.

Pakistan had been engaging with China and Saudi Arabia for financial support, including rolling over maturing loans as part of arrangements for about $35 billion in putouts against debt and liabilities during the current fiscal year.

Pakistan's Finance Minister Ishaq Dar on Saturday last said that Islamabad would be getting about $9 billion from China and $4 billion from Saudi as the government tries to steady the nation's weak economy.

Quoting Xi Jinping, Dar said the Chinese President in his meeting with Prime Minister Shehbaz Sharif during his recent visit to Beijing on November 3 had assured him, "don't worry, we will not let you down".

Replying to a query on his reactions to Dar's assertions, Chinese Foreign Ministry spokesman Zhao Lijian told a media briefing here, "China has done its utmost to help Pakistan stabilise its financial situation. We have been doing so, and we will continue to do so."

Zhao declined to comment on the current political crisis in Pakistan following the failed assassination attempt on former prime minister Imran Khan, saying, "China has noted relevant reports. We express our sympathies to Imran Khan and wish him a speedy recovery."

Khan, 70, suffered bullet injuries in the right leg when two gunmen fired a volley of bullets at him and others mounting on a container-mounted truck in the Wazirabad area of Pakistan's Punjab province where he was leading a long march against the Shehbaz-led government.

The Pakistan Tehreek-e-Insaf party chairman underwent surgery for bullet injuries at the Shaukat Khanum Hospital in Lahore and was discharged on Sunday.

Pakistan owes Paris Club countries a combined sum of around $10.7 billion. The Paris Club is a group of officials from major creditor nations whose role is to find coordinated and sustainable solutions to the payment difficulties experienced by debtor countries.

According to the International Monetary Fund (IMF), Pakistan's total non-Paris Club bilateral debt currently stands at about USD 27 billion, of which Chinese debt is about $23 billion.

Sharif was among the first foreign leaders to visit China following the recently-concluded historic 20th National Congress of the Communist Party of China in which President Xi won an unprecedented third five-year term in power.

Xi, 69, was re-elected as the General Secretary of the ruling Communist Party of China (CPC) last month, becoming the first leader after party founder Mao Zedong to continue in power after a 10-year tenure.