Jaala, an idyllic and ice-covered village in south Finland's Kymenlaakso region with just a few thousand people, witnessed a bizarre incident as the owner of a 2013 Tesla Model S set his car up for an explosion. 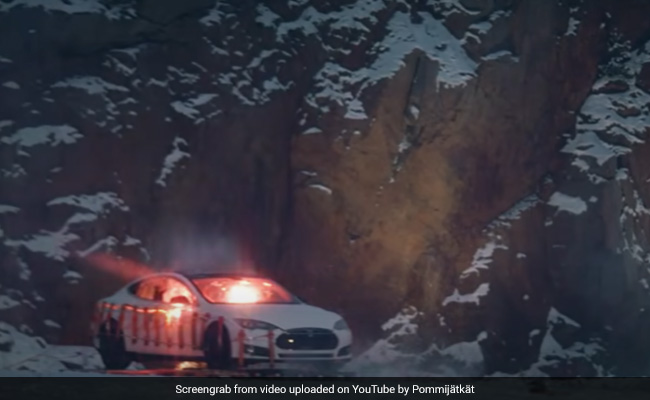 Automobile giant Tesla leads the EV sector with innovations and new technology. But that was not enough to stop a disgruntled customer from blowing up his Tesla car using 30 kg of dynamite.

Jaala, an idyllic and ice-covered village in south Finland's Kymenlaakso region with just a few thousand people, witnessed a bizarre incident as the owner of a 2013 Tesla Model S set his car up for an explosion.

The crew of a YouTube channel - Pommijatkat - shot the entire episode that premiered on Sunday with the help of a few volunteers. 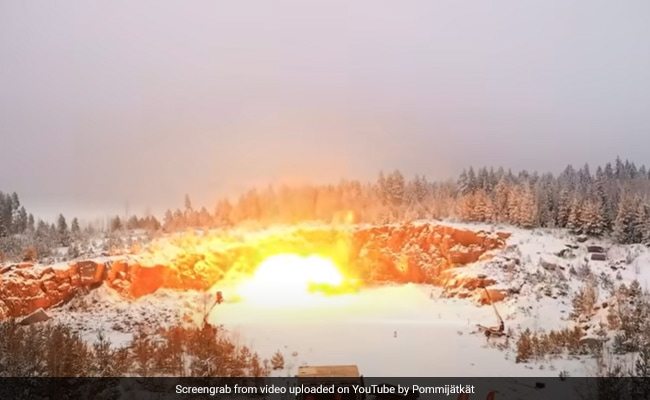 The Tesla was blown up at an abandoned quarry

The video opens with shots of the picturesque countryside of Finland with vast snow-covered expanses, very few houses, and trees. A voiceover speaks about life and its hardships in this country. "From time to time, things just go wrong, sh*t hits the fan. Then it's time for Finnish intransigence to step on the lead," it says, setting the tone for what's about to happen next - a massive explosion. 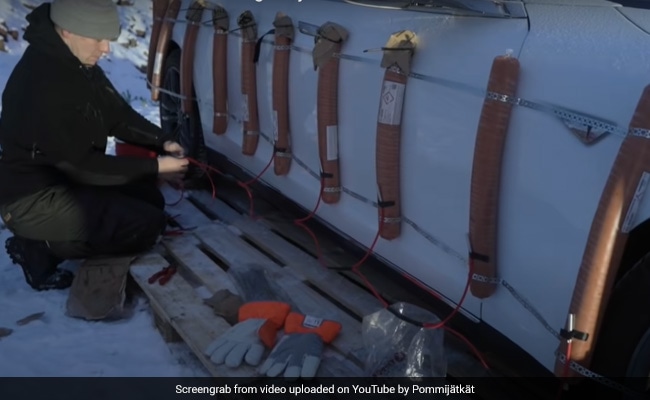 "This time Pommijatkat's mission is to explode the 2013 Tesla Model S," the voiceover announces before the car's owner - Tuomas Katainen - reveals why.

"When I bought that Tesla, the first 1,500 km were nice. It was an excellent car. Then the error codes hit. So I ordered the tow truck to take my car to the service station. For almost a month the car was at the dealer's workshop and I finally got a call that they cannot do anything for my car. The only option is to change the whole battery cell," the owner says with his white Tesla in the background. 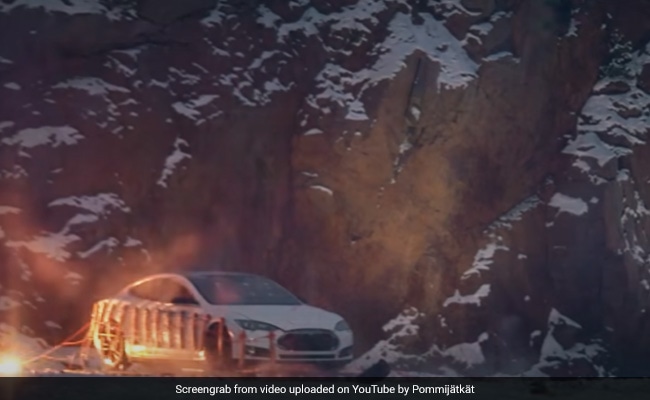 The explosion was no easy task

"So, I told them I am coming to pick up my car. And now I am going to explode the whole car away because apparently there was no guarantee or anything," he reasons.

The explosion was no easy task. Sticks of dynamite were mounted onto one side of the car to direct the blast in one direction and ensure that the fragments hit a rock wall behind the car. A circuit of fuses was built. 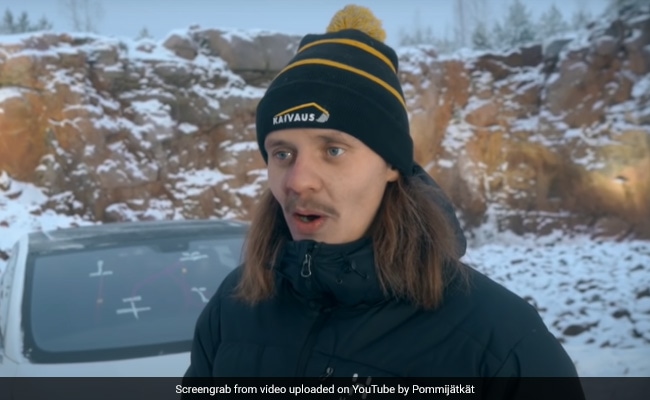 The video shows a montage of the kind of effort that went into readying the Tesla for this massive blast.

Suddenly, a helicopter is seen flying in and dropping an effigy of Tesla's CEO Elon Musk - complete with a helmet. "Well, Elon Musk called us yesterday and said he really wants to take the ride with that Tesla," the stuntman of the YouTube channel jokes. 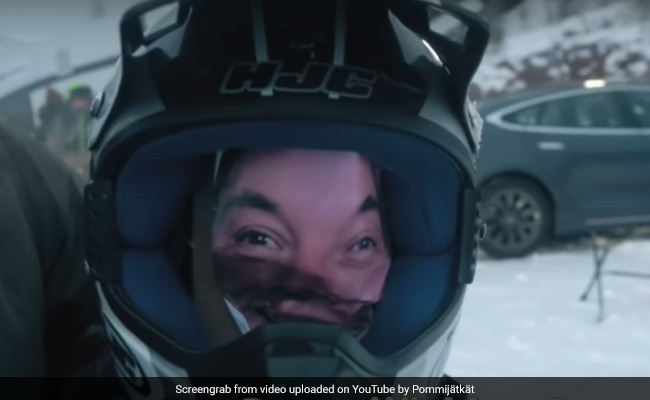 The effigy is then strapped into the driver's seat of the Tesla and it is now time to blast off.

The crew, along with the car's owner, then goes inside a bunker, ready to push a button. "Any thoughts now?" they ask Mr Katainen. "Feels so good right now. Can't wait for the blast," he says. At the count of three, the car is blown.

The video, which amassed over 2.23 lakh views in just a few hours, shows the explosion from various angles, in slow motion, and also the charred parts of the high-end car. The crew and the owner then collect the debris, accumulate them in a pile. "There's nothing left. Absolutely nothing," Mr Katainen says into the camera, adding, "I never enjoyed this much with the Tesla! And also, maybe I am the first person in the world who has exploded a Tesla. So maybe, made some history."